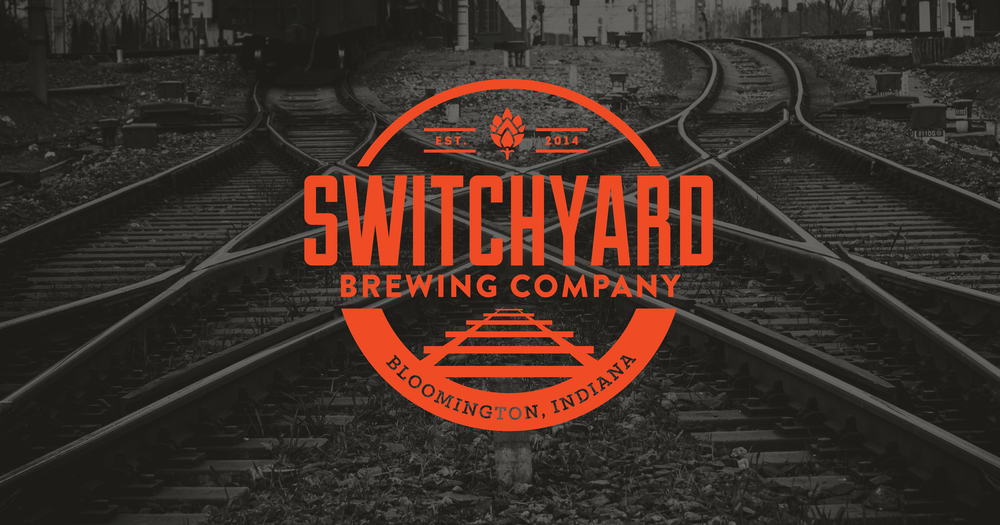 We are halfway through the week. Cheers to that! This week includes a couple of very early mornings for me. That usually means I’m pretty beat by 6 p.m. and don’t feel up for doing much aside from making dinner and lounging on the couch. How do I become a morning person? I need to make it happen before I lose my sanity.

James and I decided to venture out last night to try and have some fun before the week got too hectic. We’ve been wanting to go to Beer School at a local bar called Yogi’s ever since we moved to Bloomington. Every Tuesday a different brewery or beer supplier comes in to teach people about their brews and provides a few samples to taste. When we saw Switchyard Brewing on the agenda, we knew we had to make it. 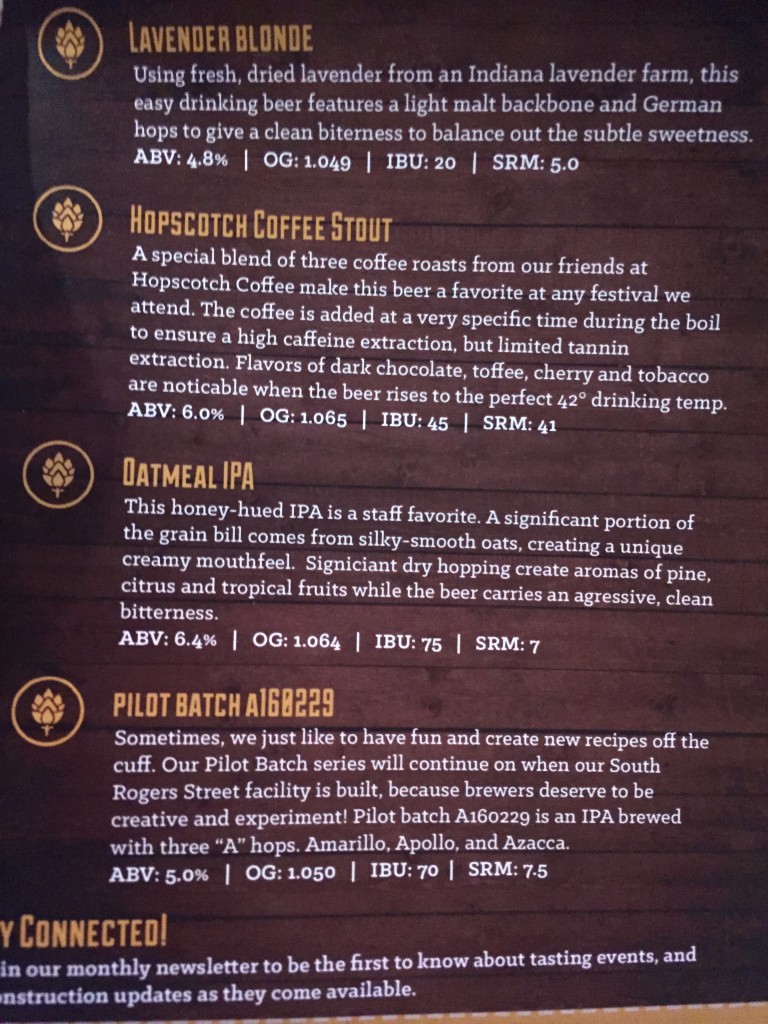 Switchyard Brewing is the new kid in town and we’re so excited to have them here. They’re building their brewery near the future home of Switchyard Park, in an area that’s begging for development. Not only will the brewery have a large production facility, they’ll also have a full-service kitchen, live music and a patio. Switchyard also plans to open early in the day so it can serve as a co-working space for other entrepreneurs.

My dad is an avid home brewer, so I always love hearing about breweries that got started in a similar fashion. Switchyard Brewing was born in a two-car garage.

(Sorry for the lackluster photos — it was extremely dark at the bar!)

So, what about the beer? We got to sample four varieties during Beer School and I was impressed by every single one. First up was the Lavender Blonde, which I was especially excited to try. I don’t drink many blonde ales, but this one is damn good. The lavender isn’t overpowering and I think this beer will be perfect for the hot, humid Indiana summer. It’s light and refreshing.

Next up was the Hopscotch Coffee Stout. What I love most about this beer is it brings together two amazing local businesses who are supporting each other. The entrepreneurial spirit in Bloomington is unlike anything I’ve ever seen — there’s more collaboration between local businesses than competition. I’m not a huge stout drinker, but this is one I can get on board with. The coffee flavor is strong but the brew is still deliciously smooth. I may have to try adding a shot of Cardinal Spirits’ Songbird Craft Coffee Liqueur to this in the future.

Our third sample was my favorite of the night, the Oatmeal IPA. I’m always partial to IPAs and this one packed the hoppy punch I was hoping for. The bitterness of the hops was balanced out well with hints of citrus. This is a beer I cannot wait to have again!

The final brew of the night was a pilot batch IPA that featured three different types of hops. It was good, but the Oatmeal IPA was a hard one to follow.

Our first Beer School experience was a blast — I think we’ve found a new Tuesday night tradition! And we’re even more excited for Switchyard Brewing to open after finally trying their highly-anticipated (and highly-delicious) beers.

What new beers are you loving this week? Follow me on Untappd so we can toast each other!