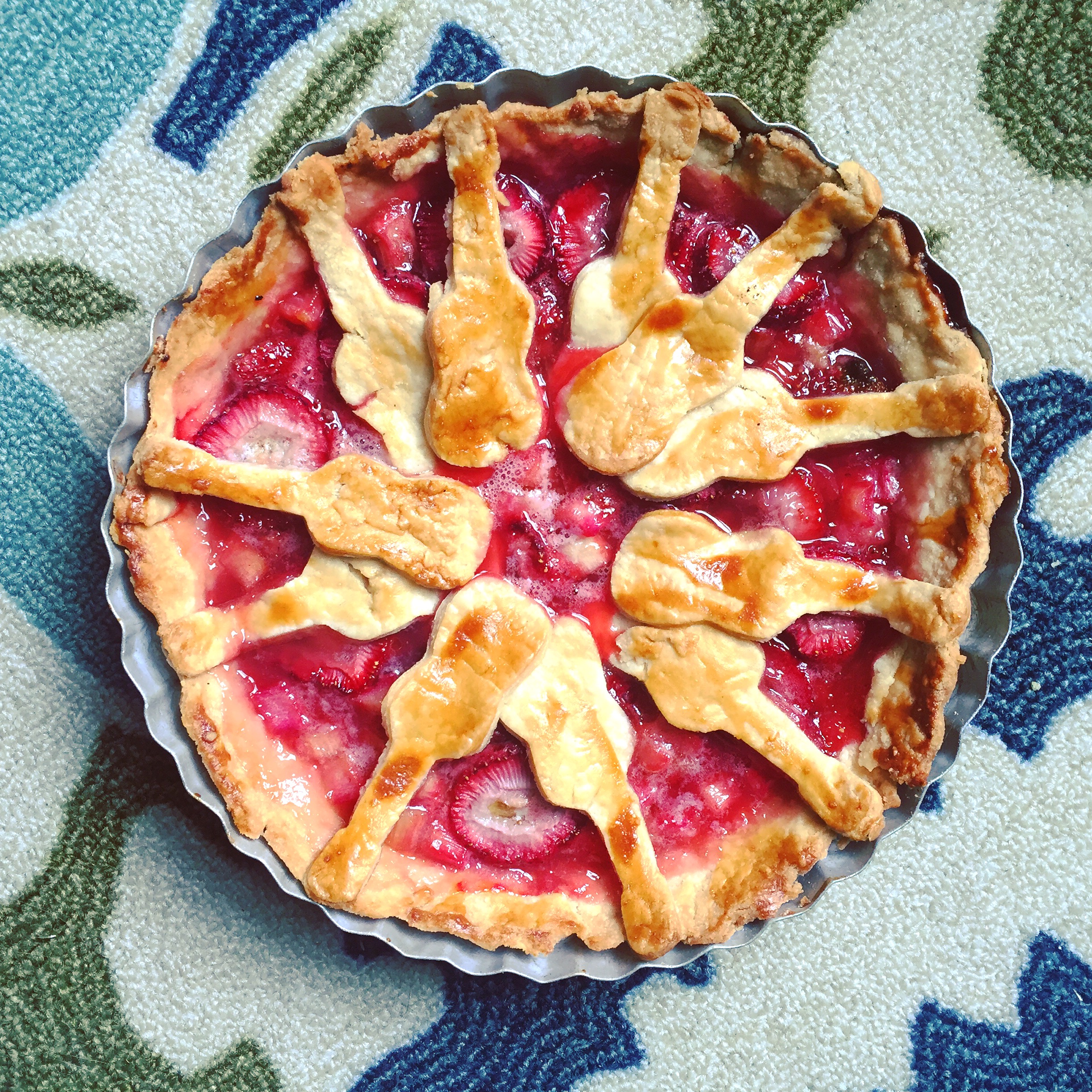 Hi, friends! How’s your week going so far? Sorry I was MIA yesterday — this week is off to an exciting, but hectic start. James and I put an offer on a house in Bloomington! I don’t want to say too much until everything is finalized, so cross your fingers for us. We’re hoping everything goes smoothly and we will be in a new house (of our own!!!) come summertime.

Before all of the house excitement, we had an amazing weekend with my family in town visiting. It was my brother Ben’s 26th birthday, so we had to celebrate with lots of delicious food and beer!

We spent most of Saturday walking around downtown and enjoying the absolutely gorgeous weather. My brother requested Big Woods Bloomington (formerly known as Quaff On) for lunch, which is always a good choice. James and I went there about once a week last summer because the food is top-notch and the beer list never disappoints. I have a feeling we’ll be doing the same this summer because they have a new beer garden that looks amazing! 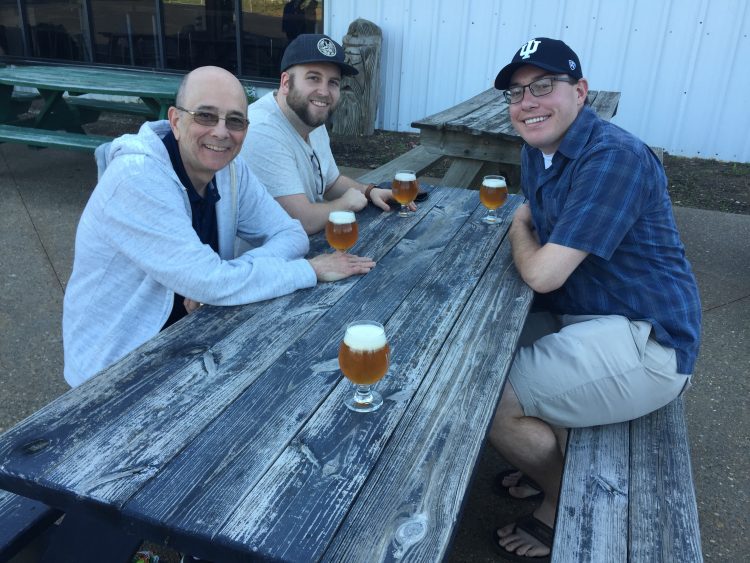 After walking around to a few shops downtown and grabbing a phenomenal dinner at Siam House, we decided it was time for another beer. We headed over to Upland’s westside tasting room  after seeing they had Dank Buster on tap. It was one of our favorite beers at Bloomington Beer Fest, so we wanted my dad and brother to try a glass while they were in town. They also gave Dank Buster rave reviews. 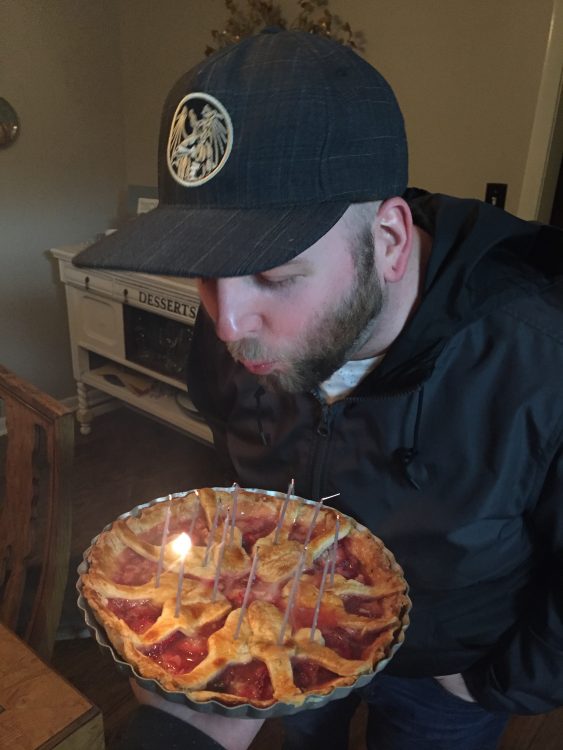 We called it a night early after indulging in strawberry rhubarb pie for Ben’s early birthday celebration. We had to get up bright and early Sunday to hit the road for a Cubs game in Cincinnati. 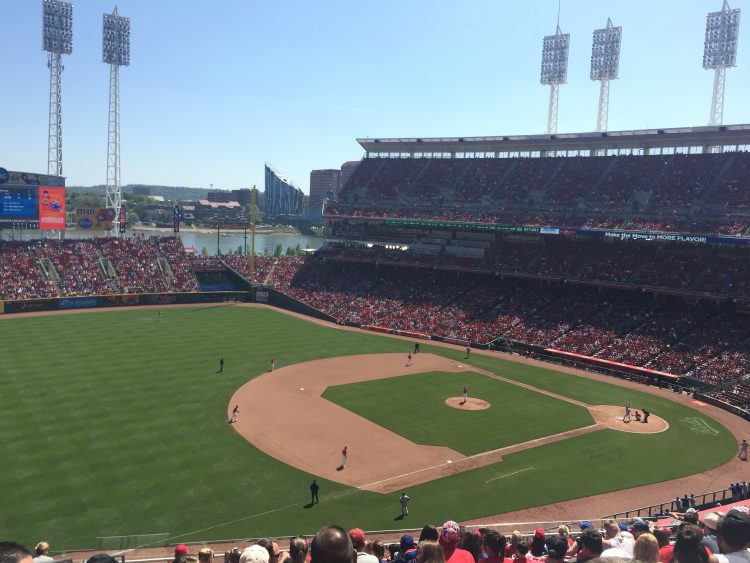 James and I fell in love with Cincy last year after visiting for our minimoon and have been talking about going back ever since. My dad and I are big Cubs fans, so we figured watching them play the Reds was the perfect excuse for a day trip! The weather was absolutely perfect and Great American Ballpark was beautiful. There isn’t a bad seat in the stadium and we were impressed by the wide variety of food and beverage offerings beyond typical baseball fare. 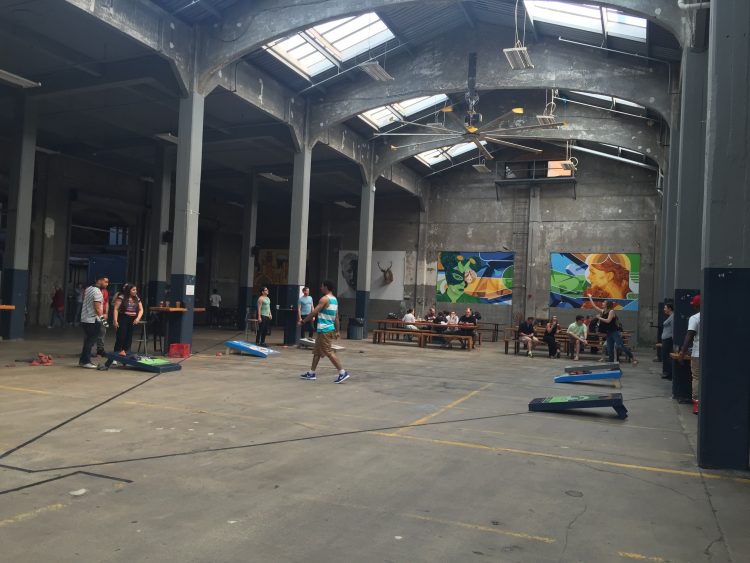 Of course, no trip to Cincy is complete without a stop at Rhinegeist. The beer is great, the atmosphere is even better. I decided to go for a flight because there were a few beers on tap I didn’t get to try last time we visited. My dad loved the brewery and having a couple of cold beers was the perfect way to celebrate a Cubs win! 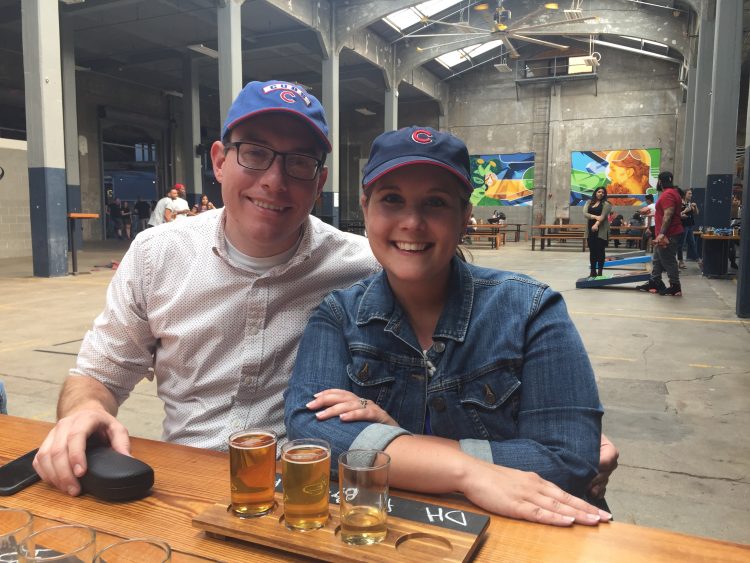 As much fun as it is to travel, I’m pretty wiped after getting back into town late Sunday night and juggling all of the responsibilities that come with making an offer on a house. It’s only Tuesday, but I’m really looking forward to this weekend — a rare weekend that isn’t packed with activities!