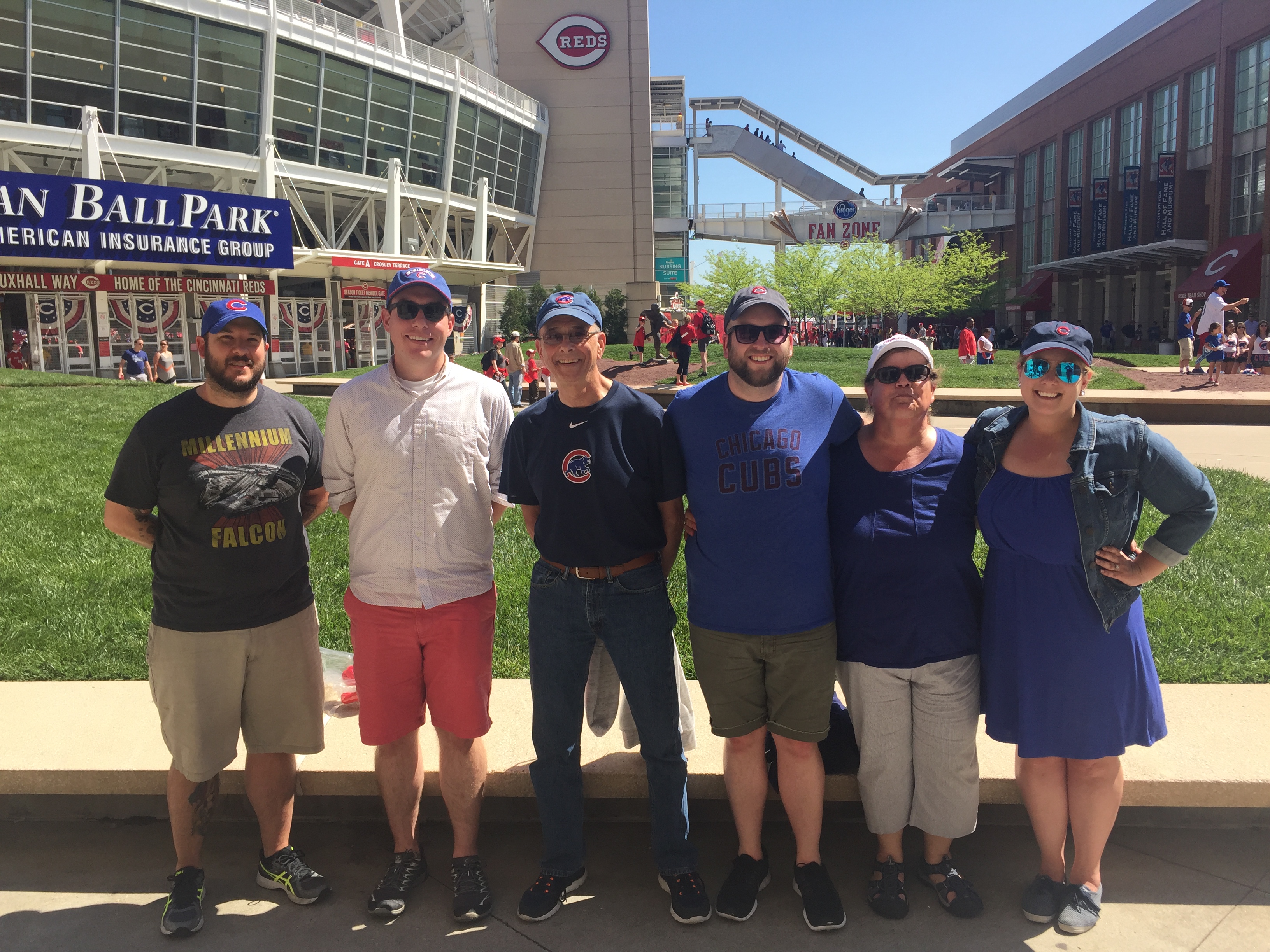 I’ve been silent much of this week because reality is still sinking in. The Cubs won the World Series.  Those are words I hoped to someday type but wasn’t sure I ever would. For my entire life it’s been this mythical, elusive goal for the team. Not anymore.

I was never a big sports fan growing up, but I did latch on to baseball as I got older. It wasn’t the actual sport that interested me at first, but the tradition. 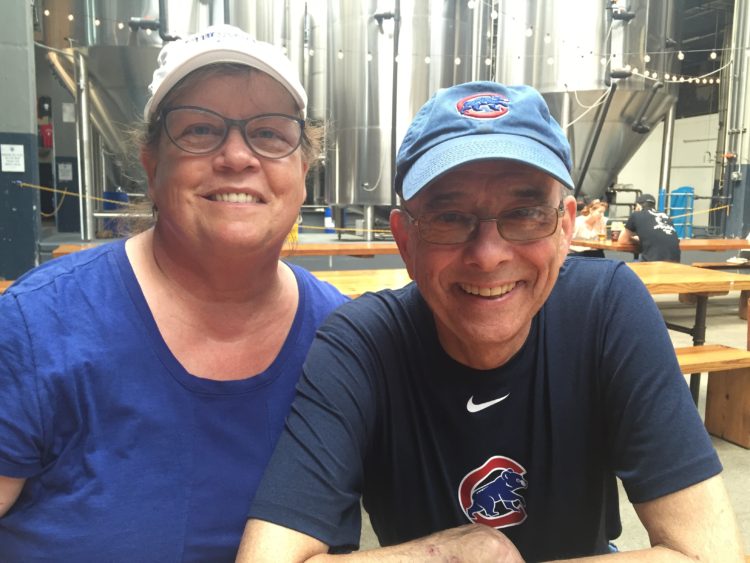 My family is full of Cubs fans, especially on my dad’s side. He would often watch the games with his parents and, if they weren’t together, they’d call each other afterward to share in the joy or disappointment their beloved Cubbies brought them. I saw how their love of the game brought them together and it made me want to care about baseball, too. So I started watching games, learning more about the players and making trips to Wrigley with friends. 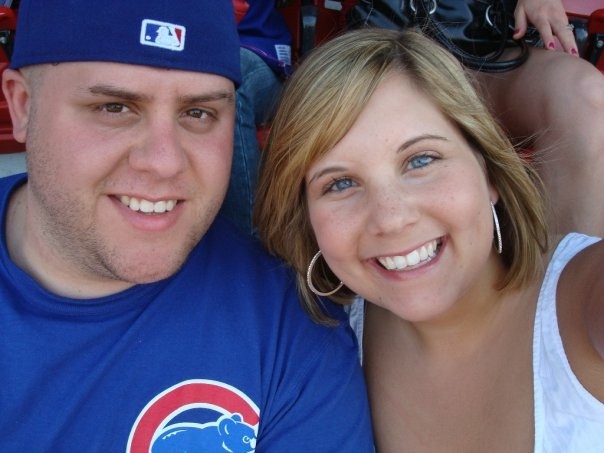 I’ll never forget when my college buddy Orion and I went to opening day at Wrigley a few years ago. We were in practically the last row, underdressed for the cold Chicago spring. But we still had a blast. That’s when I realized how much the Cubs had come to mean to me. It wasn’t just about the game itself, but the fellowship you experienced anytime you were in a ballpark or around another fan. Baseball had become sacred. 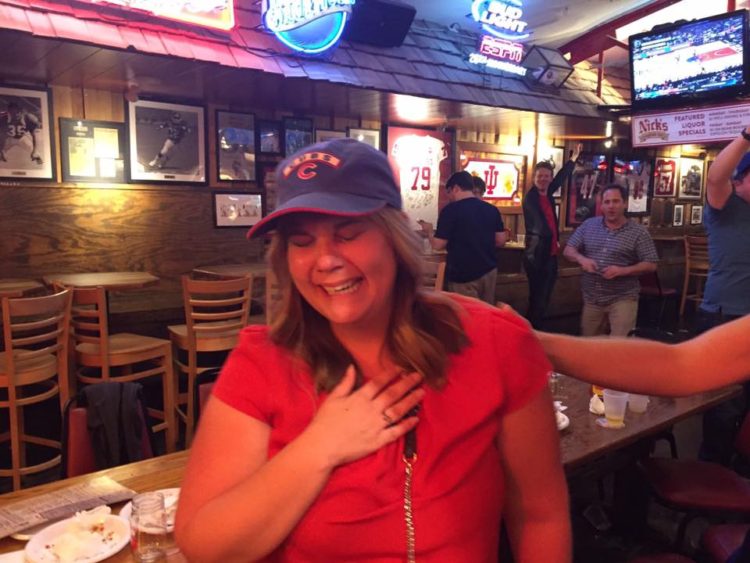 That’s why I couldn’t hold back the tears Wednesday night when the Cubs pulled it off. I was so happy. But, I also felt an unexpected sadness. 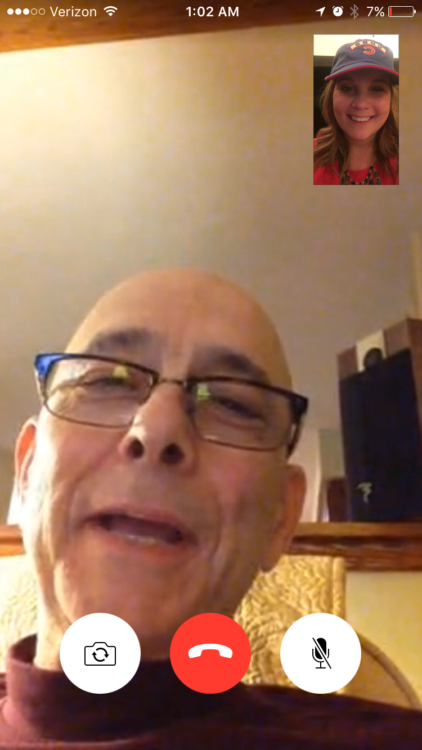 I immediately thought of my Grandpa Cork and Grandma Barb. I didn’t learn to truly love the game until after their deaths and I wanted nothing more than to call them and say, “How about them Cubs?” And I wished I could have been in Illinois to see my dad’s face after witnessing his team do what he wasn’t sure he’d see in his lifetime. I wanted to help him raise his W flag, crack open a beer and talk about what a historic, special moment it was. But I just couldn’t swing it with my work schedule. I worried I’d regret not being there for that moment for the rest of my life.

But, that’s the great thing about being a Cubs fan. Every other fan is like your family. James and I headed to Nick’s to watch the game with a friend and we met so many new people as a result. We all cheered together, consoled each other during the low points and embraced after the final out. And then I FaceTimed my dad so he could tell me about how he went outside to put his W flag up and started screaming to celebrate the win.

We may not have been together to watch the game, but it turns out that’s OK. Because I didn’t have to be with my family to know what this meant to them. I saw it in the faces of other fans, felt it in their high-fives. It meant the same thing to all of them, too. After a 108-year drought the Cubs were World Series champions.

Every time I think about the 2016 World Series I’ll think of my dad and the enormous amount of joy it brought him, trickling down to the rest of our family. And it will forever be one of the happiest memories of my life.