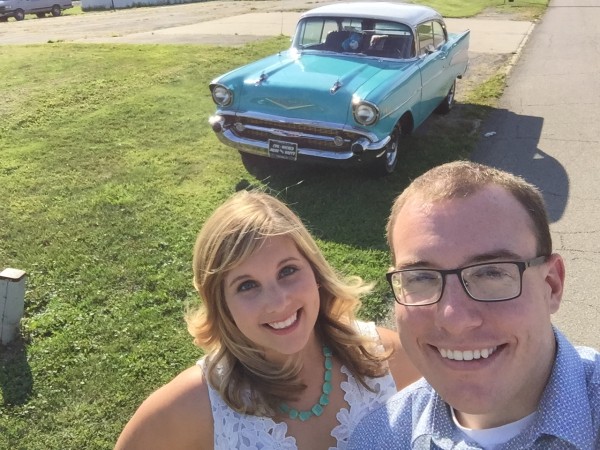 We’re back in town after another weekend spent on the road. If only we were cruisin’ in that ’57 Chevy the whole time!

We went back to James’ hometown for a night to celebrate our marriage with some of his family’s friends. We only had about 120 people at our wedding, so James’ mom wanted to have a little get together so I could meet the rest of their friends. James’ parents, Tom and Georgia, are some of the most generous and loving folks I’ve met and it was so sweet of them to throw us a party. 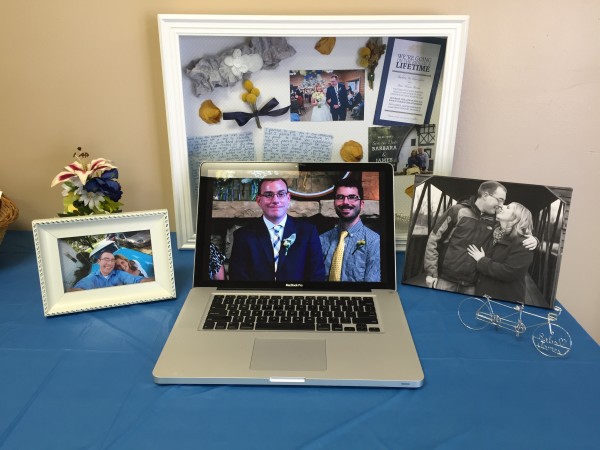 James setup a slideshow so people could see some of the moments from our big day. That picture displayed on the laptop gives me goosebumps — James’ face when he saw me at the end of the aisle. I’m pretty sure I didn’t stop smiling from that point on. It was so fun to relive our special day with everyone! 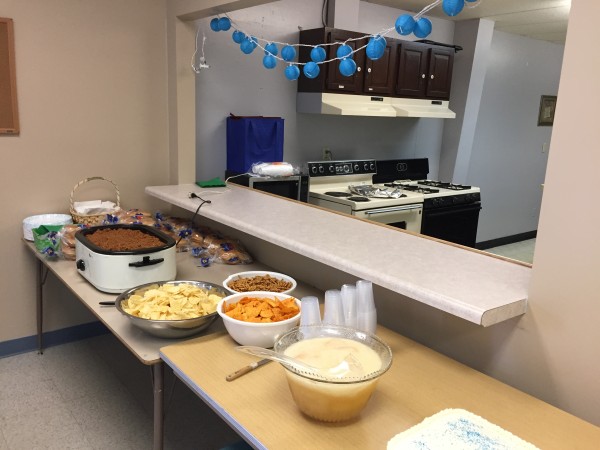 James’ mom is an amazing cook and whipped up a ton of delicious food for the afternoon. That includes four kinds of cake. Georgia’s a woman after my own heart.

We spent several hours sitting around visiting with everyone. Many of the folks were members of the car clubs Tom and Georgia belong to and have known James since he was born. They all claim to have helped raise him and it was hilarious listening to stories about “Jimmy,” as he was known back then. 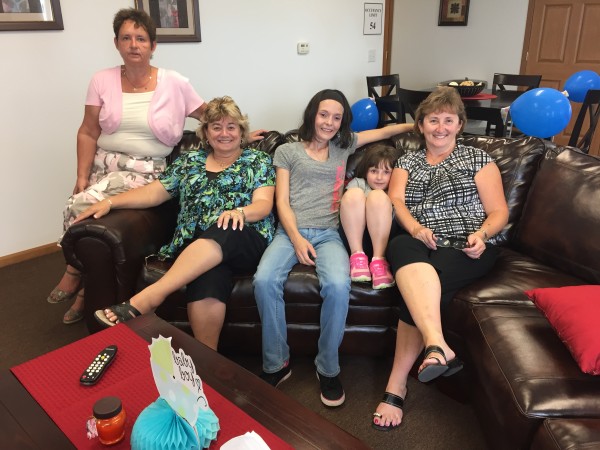 Before heading home the next day, I went to a baby shower for James’ soon-to-be cousin Harlie. She’s expecting a baby boy soon! It was fun getting to know her family and watching her face light up when she opened gifts. I feel so lucky to have married into such a fun, loving family — I don’t take it for granted!

The trip was a blast, but nonstop travel makes sticking to a routine challenging. To make sure we started the work week off on a healthy note, I decided to spend some time Sunday night grocery shopping and preparing meals for the week so we would have plenty of quick, healthy meals to grab. I usually aim to whip up at least three homemade dinners during the week — with just two of us there’s plenty of leftovers to last us through Friday. Here’s what’s on the menu:

We’re heading out of town again this coming weekend to see my folks. We both took Monday off so it won’t be such an exhausting, whirlwind trip. After that, I’m not going anywhere until we fly to Italy!