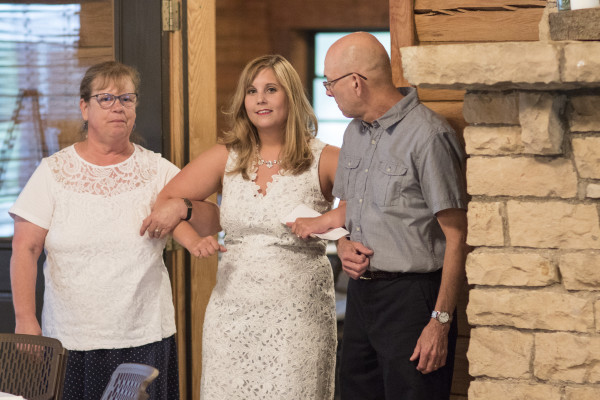 After spending all day the Friday before our wedding getting the venue setup, I was absolutely exhausted. I had about an hour of downtime to shower and get ready for the rehearsal and dinner and I was starting to silently panic. The weather was awful on Friday and the forecast for Saturday wasn’t looking much better — nonstop rain.

The one thing I kept saying leading up to the wedding is that as long as Mother Nature cooperated, everything would go smoothly.

Boy, did I jinx myself. 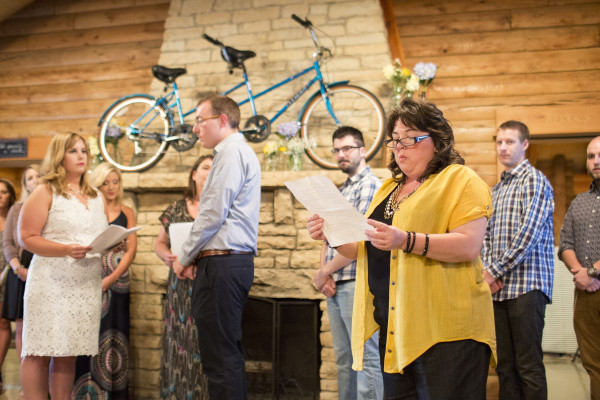 As our friends and family started to arrive to the venue Friday night, it became clear we needed to come up with a plan to hold the ceremony inside. We knew this was a possibility, but we really hadn’t thought about the logistics. We decided the mantel with the tandem bike on it would serve as the best backdrop. It would require us to push some tables off into one of the separate rooms and ask some guests to stand. It wasn’t ideal, but it was the only way to make it work in the small space. 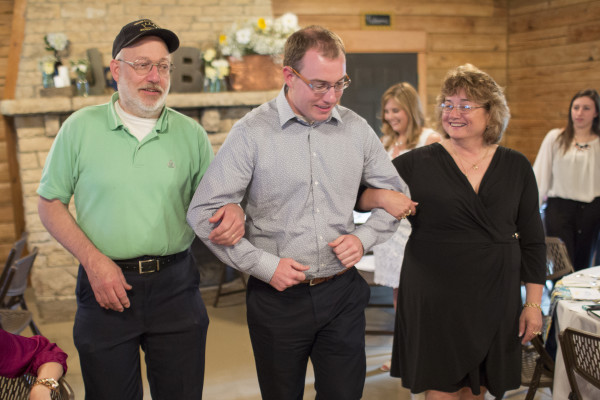 As soon as we came up with a plan, the rehearsal got underway. While we didn’t hire a wedding planner, we did hire my mom’s friend to serve as a wedding coordinator for our big day — and we couldn’t have done it without her! I ran the rehearsal, but she watched closely so she could help make sure the ceremony went as planned on our wedding day. 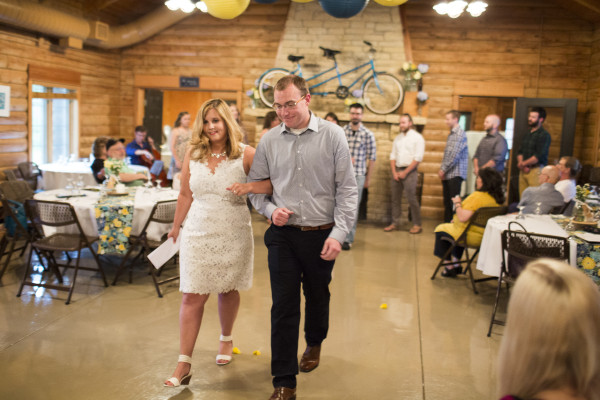 I was pretty flustered throughout the rehearsal because I was so hung up on the weather. I just couldn’t help it — the one thing I couldn’t control was going wrong. We ran through the ceremony and headed over to Swinger’s Grille for our rehearsal dinner. We’d originally planned on holding the dinner at a local brewery, but had major issues with service during the planning process. Swinger’s ended up being perfect. 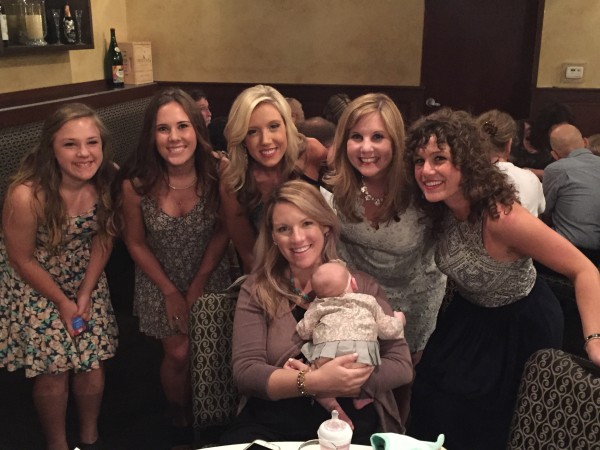 We had a BBQ buffet (one of James’ and my father-in-law’s favorite foods) and cocktails for guests. It was great to be surrounded by all of the people we love the night before the wedding, when my nerves were running high. 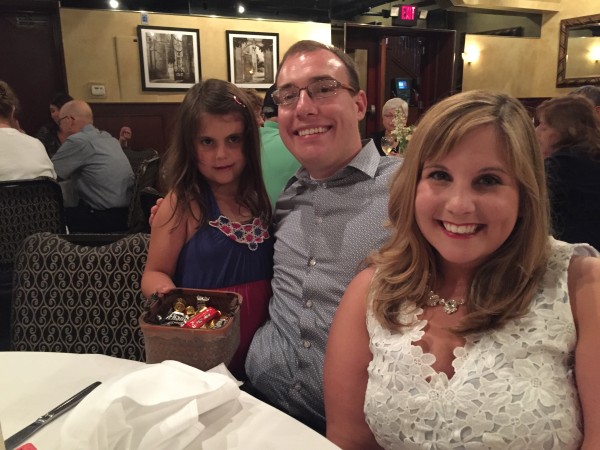 Between eating and mingling we handed out gifts for those in the bridal party and the people who played a role in our ceremony. We decided to hold off and give our parents their gifts on the day of the wedding. 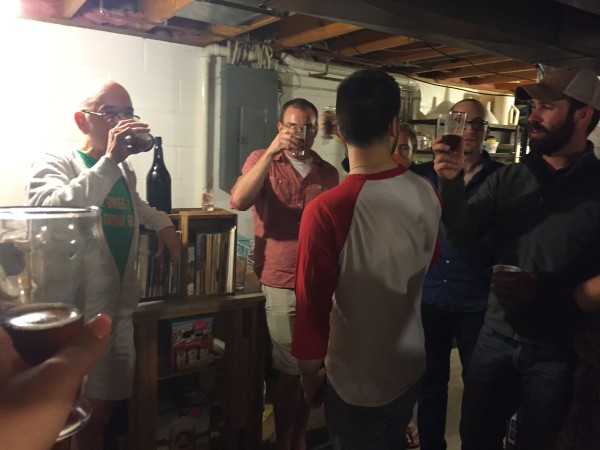 One of my favorite moments of the whole weekend happened after the rehearsal dinner, when my parents opened their home to anyone who was in town to come over for wine and homebrew. The night ended with a large group of our friends down in the basement, sampling my dad’s beer. We toasted to our upcoming nuptials with everyone before saying our goodbyes. 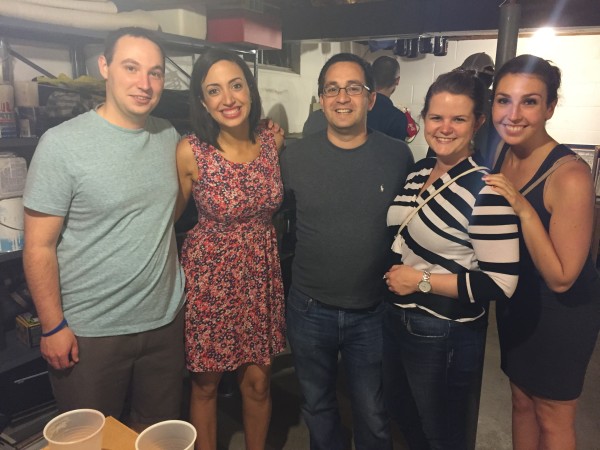 Being in the basement surrounded by love helped put things in perspective for me — who cared if it rained? We had everything we needed. Not even Mother Nature could ruin our day.