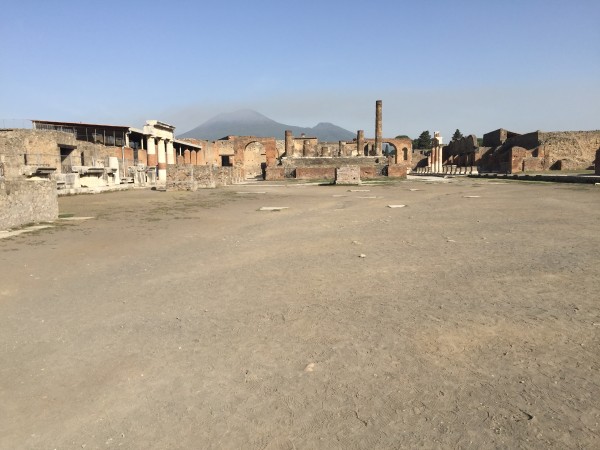 Staying in Sorrento for the first half of our honeymoon made it easy to take day trips to nearby cities. One of the places James and I were dying to explore was Pompeii. It was only about a 30-minute train ride away from Sorrento and a short walk from the Pompeii train station to the ruins. 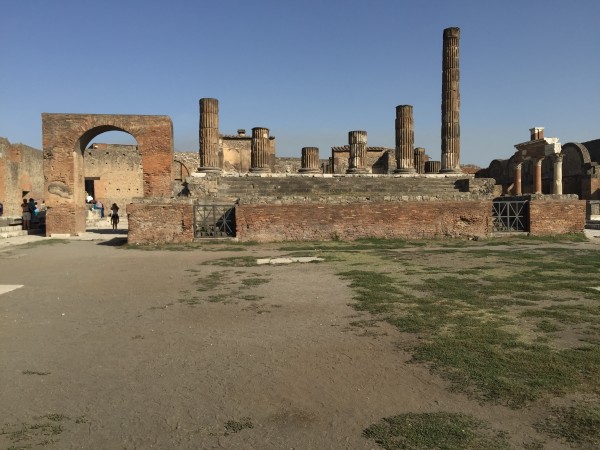 Pompeii has some of the most well-preserved ancient ruins in all of Italy. That’s because they were hidden away, covered in volcanic debris for centuries. The people living at the base of Mt. Vesuvius had no idea they were living near an active volcano. On August 24, 79 A.D., Mt. Vesuvius erupted. Many of the 20,000 residents quickly fled, but the 2,000 who stayed behind were killed. 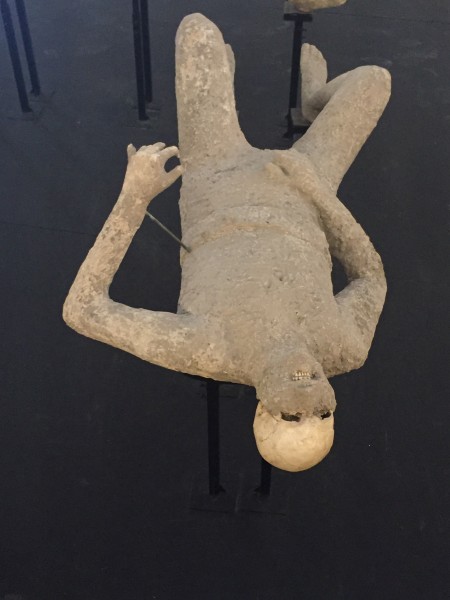 The site was forgotten for centuries until it was rediscovered in the 1700s. The volcanic debris covering the site helped preserve the buildings. The bodies of victims had decomposed over the years, but left hollow spaces in the debris that archaeologists were able to fill with plaster and create lifelike casts. The looks frozen on their faces are heartbreaking. 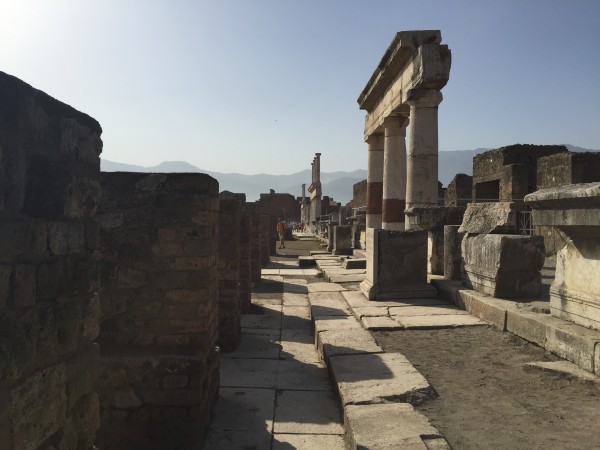 Pompeii was a bit overwhelming at first — the site covers more than 100 acres. We decided against going on a guided tour because we wanted the freedom to take our time to roam. Instead, we downloaded the free Rick Steves Audio Walking Tour. The information in the tour is great, but the directions are a bit hard to follow — especially because there are often roads/sites closed for excavation. Make sure to download the map or grab one when you get to the site. 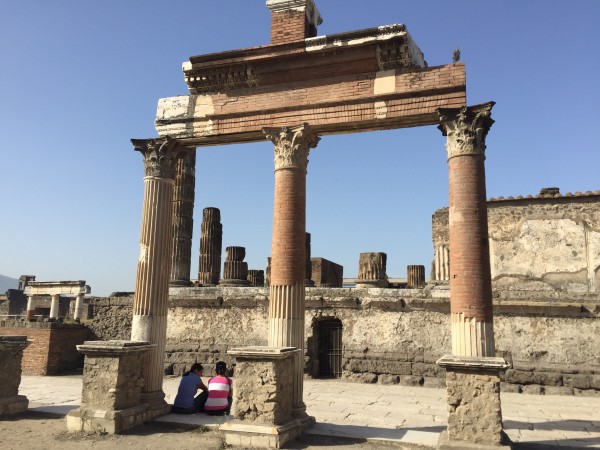 We spent at least four hours walking around Pompeii to hit all of the highlights and it was amazing. We went right when they opened, when the site was least crowded. There were still several large, guided tour groups, but we were able to avoid having to wait in long lines to get inside any of the ruins. If you visit Pompeii, you should definitely bring a water bottle along — there are fountains throughout the site with cold, clean water. 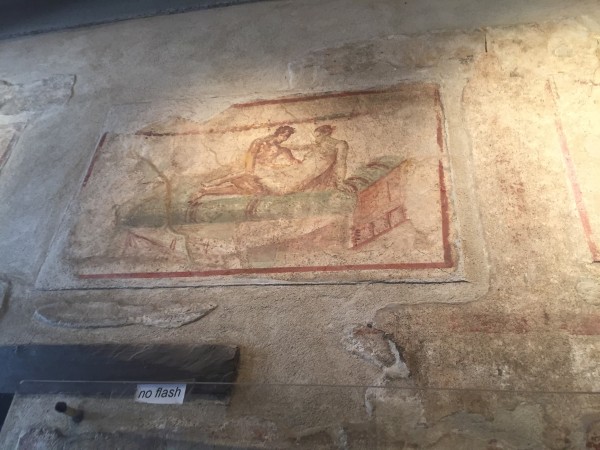 I was blown away by everything we saw. It was amazing to think we were walking on the same roads as the people who lived here in 79 A.D. You could see grooves in the cobblestone from chariots constantly passing over the roads. You get to walk through ancient homes, bakeries, theaters — even a brothel! 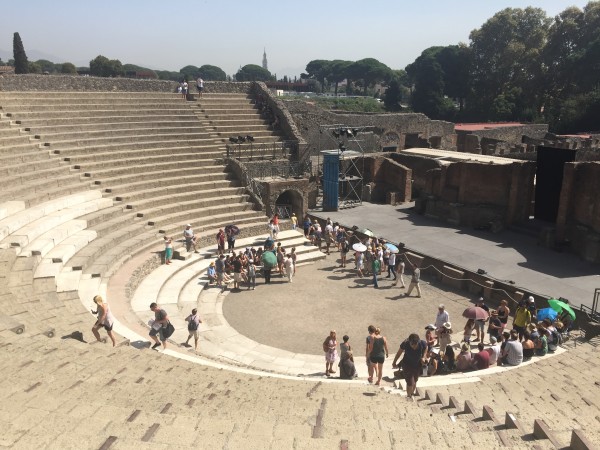 We only saw about one-third of the Pompeii and were absolutely exhausted by the end. We had grand plans of taking a bus up to Mt. Vesuvius and hiking to the top after visiting Pompeii, but we quickly decided we were far too tired and headed back to Sorrento instead.