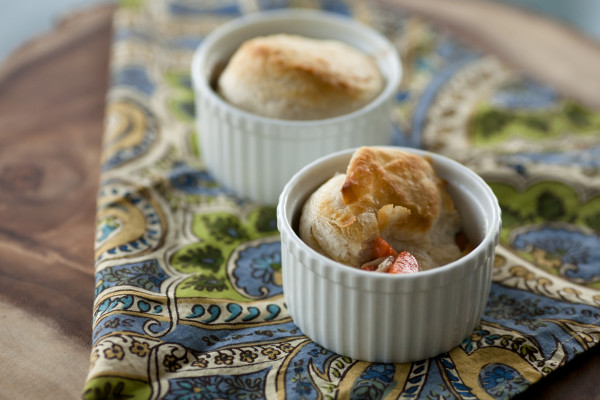 There’s something about cold fall days that has me craving comfort food — the kinds of meals that stick to your ribs and envelope your entire body in warmth. I’m pretty sure that’s what love tastes like, right?

The problem is about an hour after eating those meals I feel awful. Weighed down. Ready for bed. And so darn guilty.

That’s where these pot pies come in handy. They pack only a portion of the calories of traditional pot pies, using a 100-calorie biscuit as the “crust.” And, they’re individually portioned so you feel less tempted to overindulge.

The only thing that would make these beauties better is if they were turkey pot pies instead. Thank goodness Thanksgiving is only about a week away!

Did I mention these only take about 20 minutes to throw together? The perfect solution for a cold, fall night.