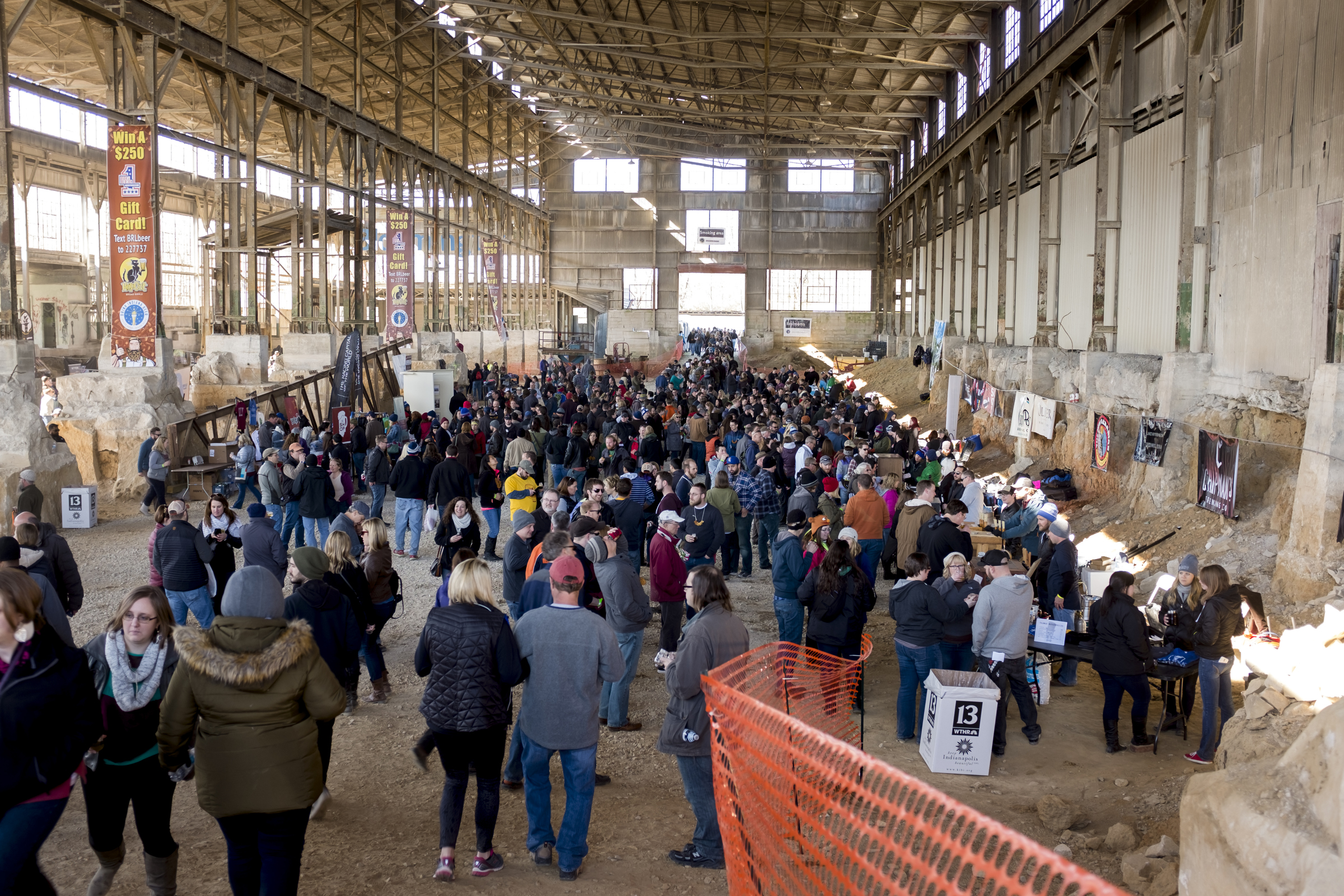 I’m still floating on Cloud 9 after an amazing weekend at Bloomington Craft Beer Fest. This was my first year getting to attend the festival and it surpassed my expectations, despite the unseasonably cold weather. Lucky for us, the festival landed on the same weekend as James’ birthday, so it was the perfect way to celebrate!

Going into the festival I had a list of brews I knew I wanted to try, thanks to the Drink Indiana Beer app. If you’re a Hoosier beer lover, I highly suggest downloading the free app onto your phone. It featured beer lists for several of the participating breweries and even had a spot where you could take notes about beers you wanted to try. It also lets you look up breweries, brewpubs and keeps you tapped in on the latest craft beer events.

Part of what made this festival so great was the location. It’s held at Bloomington’s historic Woolery Mill on West Tapp Road. It’s a giant event space, featuring open air and, thankfully, plenty of sunlight. It’s the most unique venue I’ve been to for a beer fest and it added a lot to the overall experience.

In addition to beer, there were lots of local food vendors and great live music.

We went in with a pretty good strategy of what breweries to hit and when, which meant we spent almost all of our time drinking really, really great beers. It’s so cool to see the innovative approaches many Indiana breweries are taking when it comes to their craft and I loved getting to try quite a few new beers. There were so many delicious samples, but here’s a list of my top five favorites from the festival:

This was probably my favorite brew of the entire festival, coincidentally from one of my favorite breweries. Evil Czech opened a brewpub in Mishawaka when we lived in South Bend and it quickly became our go-to place for good beer and good food. We’ve long been fans of their White Reaper IPA but decided to try the unfamiliar Static Chipmunk at beer fest. It tastes like hop heaven, measuring in at 70 IBUs. I can’t wait to be in Michiana in a month and a half — we’re going to have to make a stop at Evil Czech so we can get our fix.

3 Floyds was our first stop of the festival because we knew the line would be long and the kegs would likely be kicked relatively early. It was a good call, because we got to sample the Bourbon Barrel Aged Big Tiddy Assassin before it ran out. Holy cow. This was a close runner-up for my favorite beer of the day because it was so good and so unique. The beer was a special Belgian sour style and the aging process in a bourbon barrel gave it a delicious, strong bite. This was one of the beers I felt really lucky to get to try.

James heard Upland was brewing this for a special event a while back and we’ve been dying to try it ever since. It lived up to the hype! From what I understand, this Imperial IPA was dry hopped, which took the beer to a whole new level. Would love to see this on tap at one of their Bloomington locations.

I promise I’m not playing favorites with Bloomington breweries — I love them all equally! Upland just happened to showcase several unique brews at the festival that I’d never had before. Like everyone else who enjoys sours, I jump at the chance to try any of the variations Upland brews. It just so happens they partnered up with my favorite winery, Oliver, for this one. Here’s what Upland has to say about this sour:

VinoSynth White is 100% Sour Reserve aged on locally grown Vidal Blanc grapes. Vidal Blanc is a French varietal with hints of tropical fruit flavor, commonly utilized to develop ice wines. Our Sour Reserve lends itself wonderfully to enveloping the acidity of the grape with notes of lactic acid, and allows the polite pineapple and grapefruit character of Vidal Blanc to shine on the palate.

This was damn delicious and could serve as a great entry point for those who haven’t dabbled much in sours. When I was at Upland’s brewpub a couple of weeks ago they still had a few bottles of a couple varieties of their sours left — I’d recommend snagging one before they’re gone! Tasting this one made me even more excited for their highly-anticipated Sour Brewery expansion.

What I love most about Function Brewing is their courage to experiment. Being a smaller brewery gives them the freedom to try new things, which always keeps me coming back. They brought 27 unique brews to the festival and many were funky spins on classic styles. This Hefeweizen was light, refreshing and something I could see myself sipping on all summer. I’m a huge fan of pineapple, which obviously played a prominent role in this beer’s flavor profile. I want more!

What was your favorite brew of the festival? Follow me on Untappd to keep up with what I’m drinking.