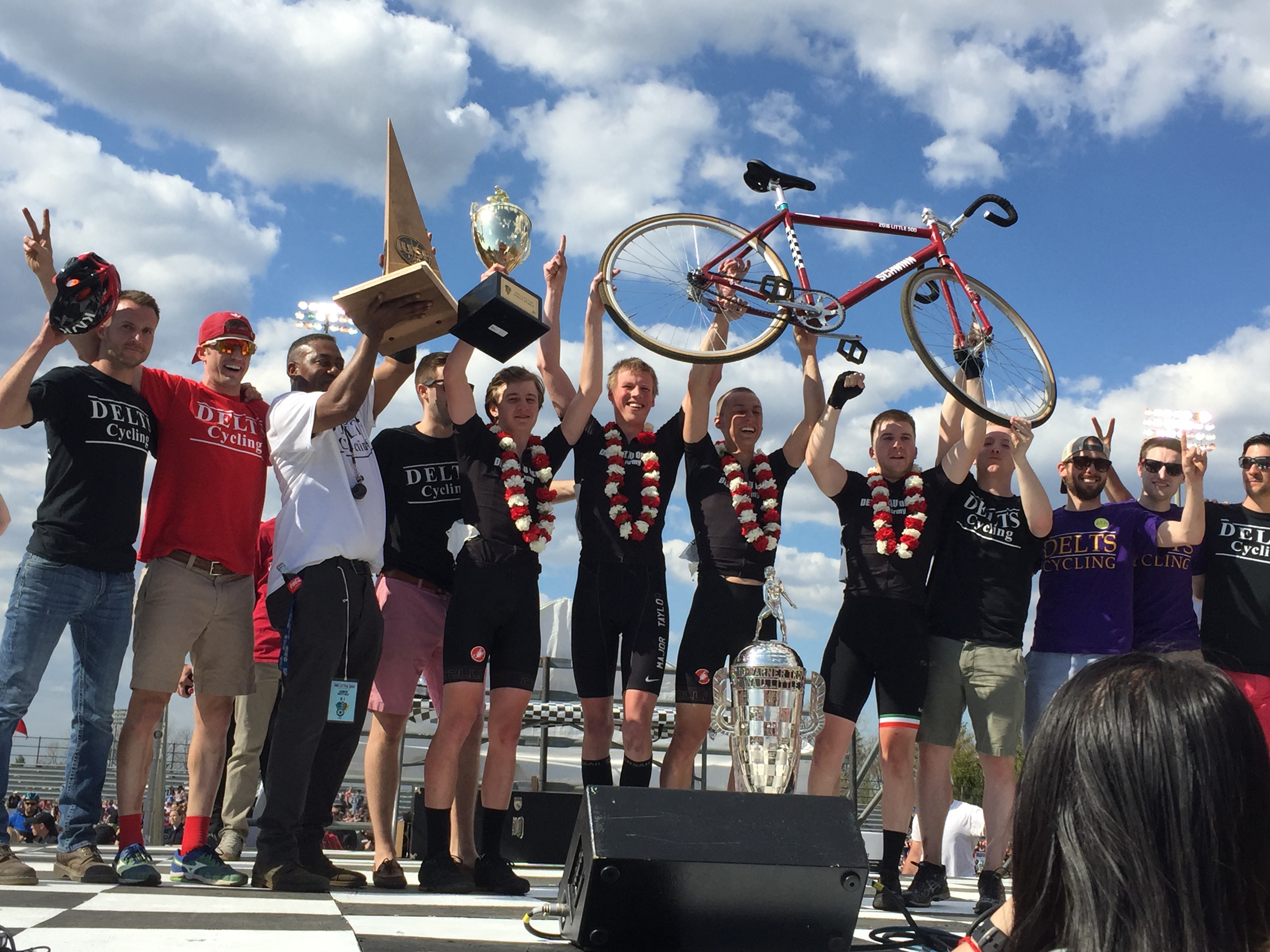 I’m nursing one heck of a sunburn, but it was so worth it. I survived Little 500 weekend! For those of you who aren’t familiar with the biggest party weekend of the year at Indiana University, it revolves around an extremely impressive bike race. The race is modeled after the Indianapolis 500. Teams of four make their way around the track — 100 times for the women, 200 times for the men. 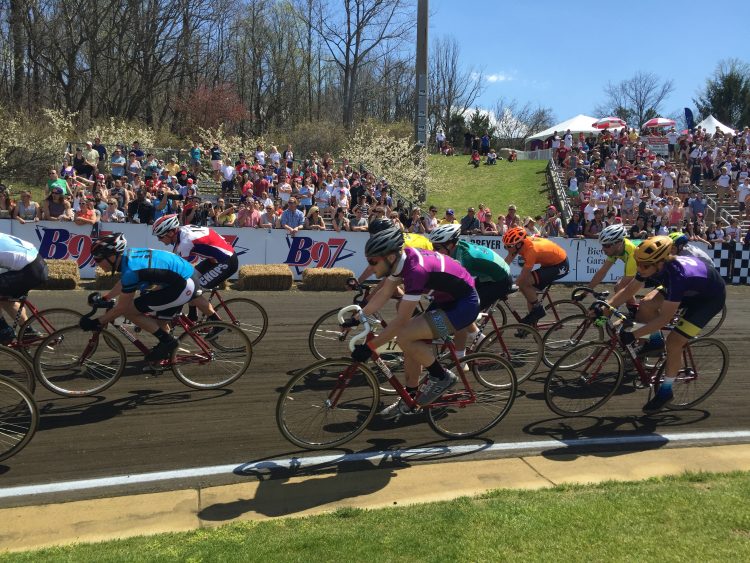 This was actually my first year going to watch the race. The entire week leading up to Little 5 gets kind of crazy, so many locals try to avoid campus altogether. I decided to embrace the chaos this year — and I’m so glad I did! The excitement of the weekend is contagious and I had an absolute blast. 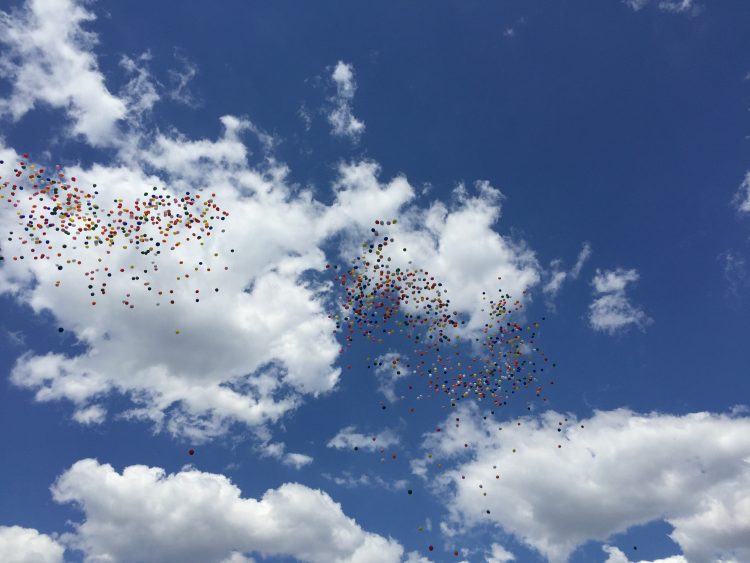 One thing I learned this weekend is IU goes all out for Little 5. The races started with the release of hundreds of colorful balloons into Bloomington’s sunny skies, followed by someone parachuting onto the field with the American flag during the National Anthem. What a way to kick off the afternoon! 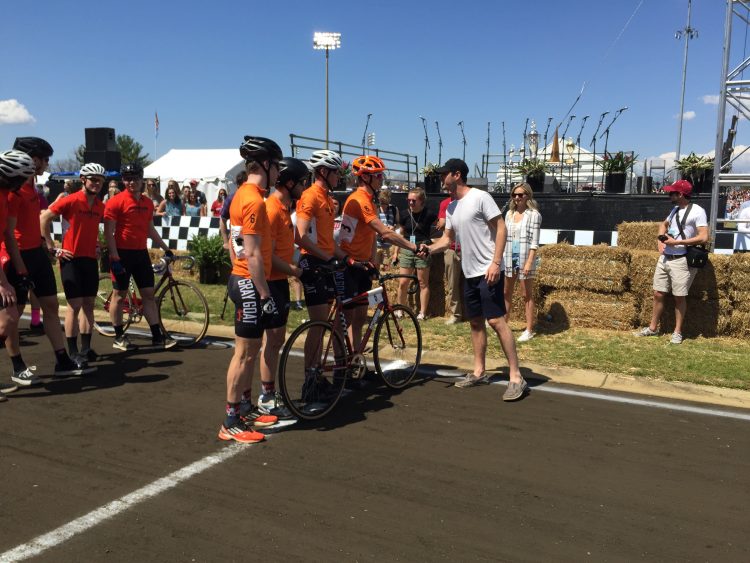 I have to admit I was pretty excited when I saw IU grad Bachelor Ben Higgins was the grand marshall for the festivities. He and his fiancee Lauren spent the weekend in Bloomington and took pictures with everyone who asked. They seemed genuinely happy to be here and it was fun to see them in person after rooting for them while watching their love story from my couch. 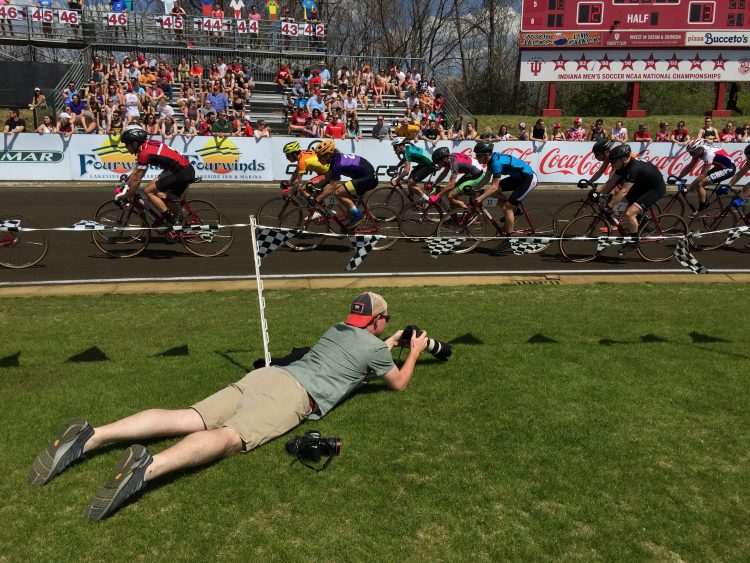 I spent the race on the infield experimenting with my GoPro and doing what I could to help James, who was working during both races. I’d never watched a bike race in person and I really enjoyed getting to see the competition from such a close vantage point. I will say, the crashes made me cringe. In a couple of instances, bikes went flying across the track and several cyclists ran into each other. They’re all extremely tough athletes and, in most cases, immediately hopped back on their bikes and kept going. I was amazed by the athleticism of everyone competing. 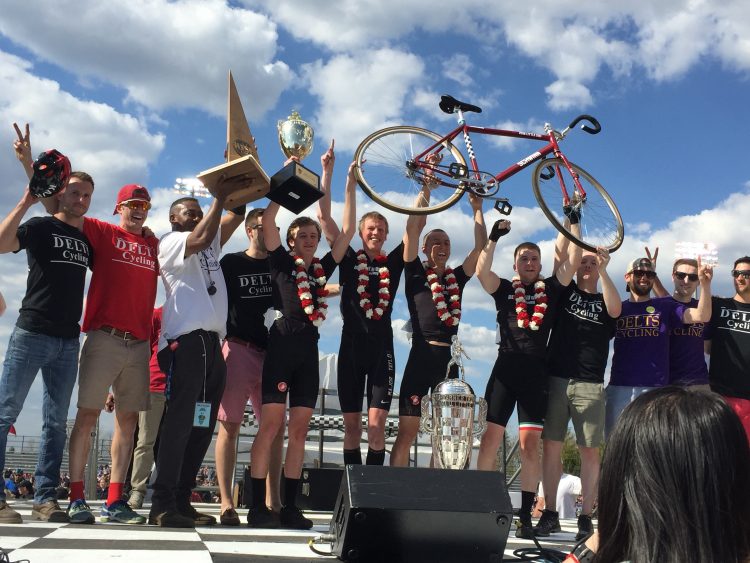 The weather for the race couldn’t have been better — sunny and warm. Unfortunately, I forgot to put on sunscreen and left the track with a bright pink chest and arms. Ouch! Luckily, some friends from South Bend were in town and miraculously grabbed a table outside at Nick’s. After a long day outside in the sun, nothing tastes better than Stromboli and beer. Of course, because it was Little 5 weekend, we had to play a round — or two — of Sink the Biz! 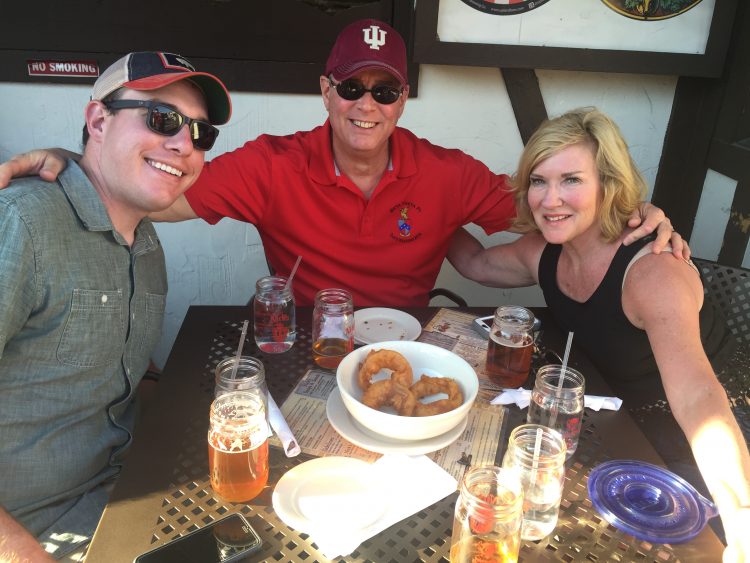 Now I’m just repeatedly smothering my sunburn in aloe so I can get outside again. Bloomington springs and summers are the best!