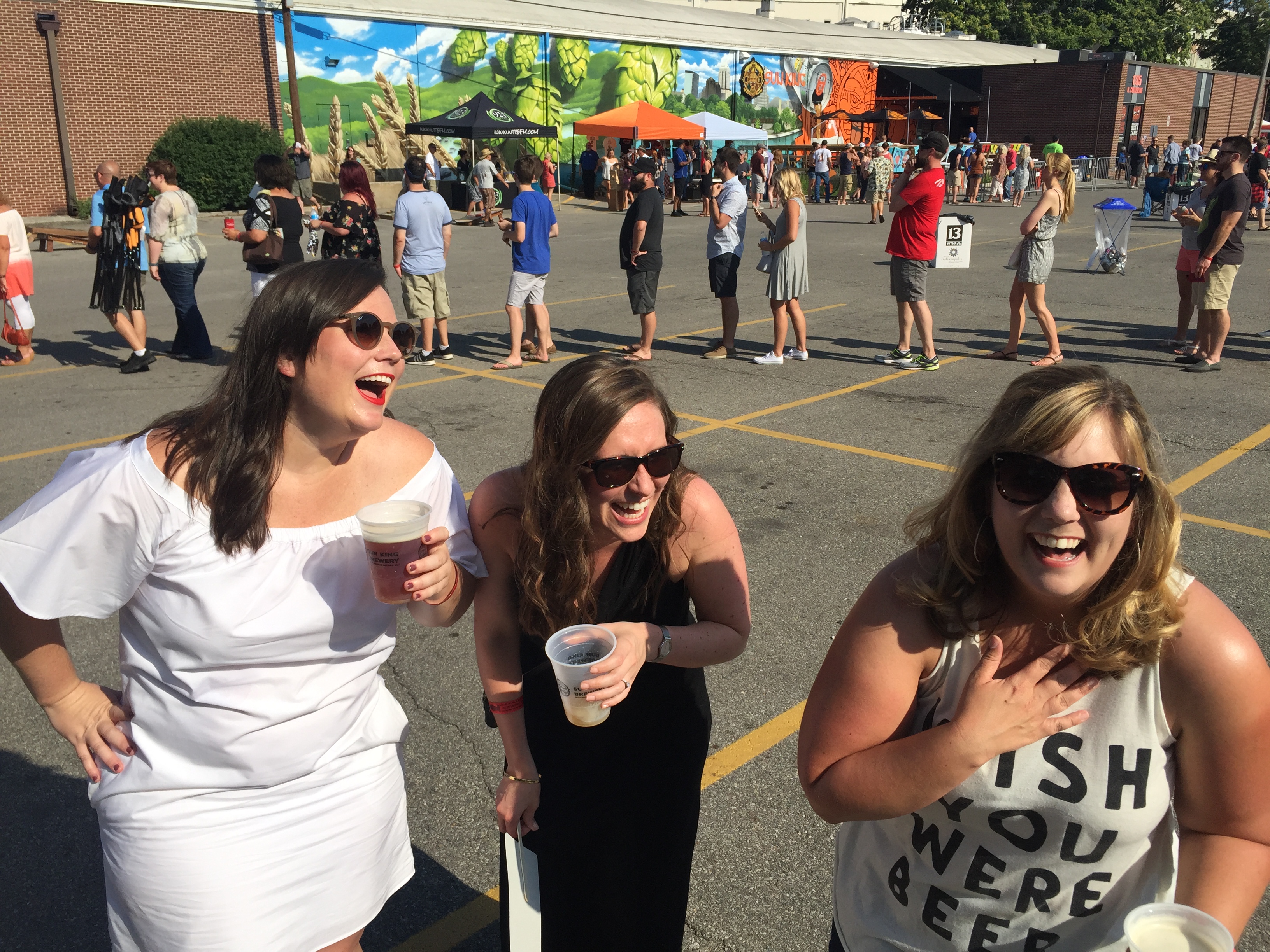 Happy Tuesday, y’all! How was your weekend? Ours was the perfect balance of productive, fun and lazy. We had plans everyday, but the highlight was definitely Saturday.

We headed up to Indianapolis to attend the Sun King Brewing 7th anniversary celebration. I’m not a huge fan of Sun King’s beers, but one of our favorite musicians, Nikki Lane, was playing at the party. We first heard her play at a concert with Shakey Graves last year and we’ve been hooked ever since!

We headed to the party around 4 and immediately grabbed a glass of the Grapefruit Jungle IPA, which I thought was OK. I didn’t really taste any hints of citrus, sadly. But it was so hot that we downed our beers pretty quickly, along with some pizza from Pi —one of the most impressive looking food trucks I’ve ever seen! The pizza was pretty great, too. 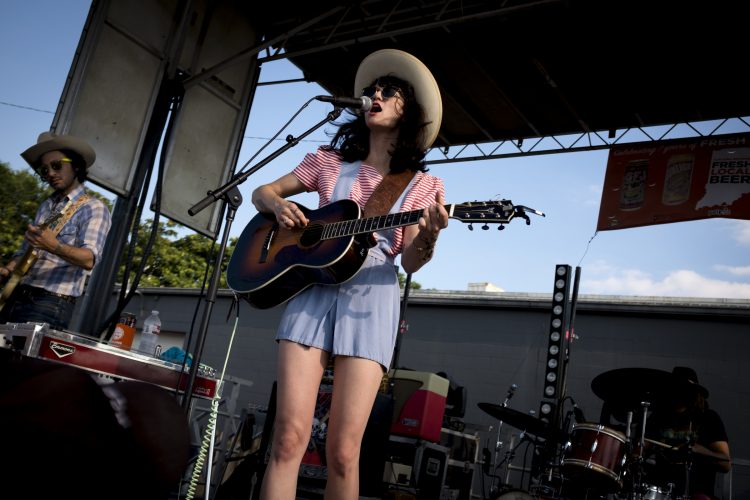 Nikki played early in the evening, so it was easy for us to nudge our way to the front for the amazing show. She just wrapped up recording a new album and seeing her perform live made me even more anxious for its release. She puts on a great show! Our friends had never heard of her and I was happy to hear they’ve become Nikki Lane fans.

There wasn’t much shade or seating at the event, so we all felt exhausted after a few hours at the party. It was so hot out that we decided to duck out right after Nikki’s set and grab some food at the Old Point Tavern on Mass Ave. It was my first time eating there and it hit the spot. They have a pretty typical bar menu, but their nachos were just what we needed after a long day in the sun. And, they had a pretty great looking tap list!

It was great to spend a weekend out and about because we have a lot of packing in our future. I hope to fill you in on our new place soon, but I’m nervous I’ll jinx it if I do before we close! For now, I’ll just leave you with my favorite Nikki Lane song to get you through your Tuesday.