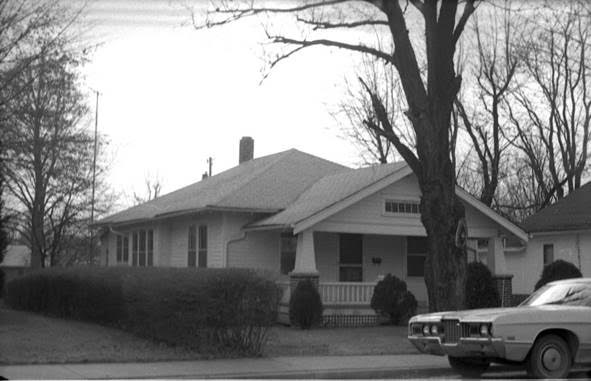 Social media gets a bad rap sometimes. It’s easy in this digital age to hide behind a keyboard and use the power of words to do harm. I see it all too often in the news business, where “never read the comments section” are words to live by.

But social media can also be powerful in a really good, amazing way. I was reminded of that this week. 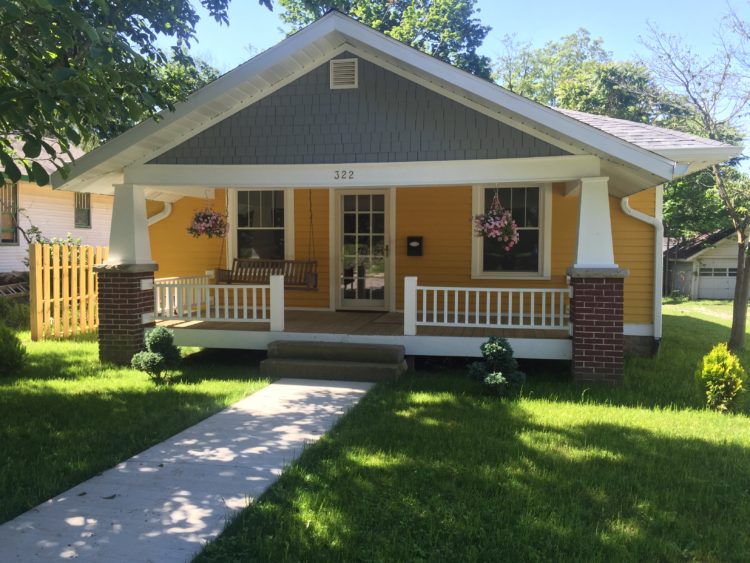 Our realtor sent us a text about someone who posted a photo of our new home on Facebook. The man, named Jim, wrote about how happy he was to see the former home of his paternal grandparents restored. They lived there from 1932-1953 and Jim and his brother have many fond memories of the home before his family moved out and it eventually fell into disrepair. We ended up connecting with Jim through e-mail and he sent us an impressive history of the home, along with several photos.

James and I both love older, historic houses — it’s part of what drew us to this place. The architecture and quirks give older homes so much character. So we were tickled to learn about some of the stories behind our house.

Jim sent us so much amazing information about the home and the neighborhood. But, I’m going to focus on the people. As my husband says, “Buildings are made of wood and stone, but homes are made of memories.” Here are some of the memories from Jim’s time at 322:

The home at 322 belonged to his grandparents, Harvey and Myrtle Terman, for two decades. It was built before they moved in, sometime during the 1920s, and featured white siding and a garage in what is now the full basement.

The Terman family moved from Johnson County to Bloomington after Harvey got a job working at the prominent Jewel Tea Company. They had two sons, Bill and Howard. Howard worked for Central Business College in Indianapolis and Bill joined the Indiana National Guard. By the time Bill’s unit was activated in 1941, he and his wife, Leota, had one son named James William, or Jim. They spent much of their time at 322 between assignments to army camps. During the same time period, Howard married his wife Shireen.

Bill’s unit was activated in 1943. By 1944, they were in the South Pacific. That same year, Leota went into labor and their son Phil was born in the front room of the home. The expanded family moved around the corner while Harvey and Myrtle remained in the bungalow. At times, the couple rented a room to IU students or employees.

Like his brother, Howard also spent some time in the Army, working in the finance division. He and Bill spent time together in the Philippines while deployed. They were both discharged by 1946. But, nearly two years later, Bill reactivated his army commission after tiring of his work as an accountant. He was deployed to occupied Japan in 1949, where Leota and the boys would eventually join him. Bill was transferred to a combat unit in Korea the next year and Leota, Jim and Phil headed back to the states. They stayed with Harvey and Myrtle at 322 before reestablishing themselves.

One afternoon while Jim and Phil were at their grandparents’ home, a taxi driver showed up and refused to speak to anyone but Leota. The taxi driver was redirected to the home of Leota’s mother and the rest of the Termans followed. It was then they learned Bill was killed in action on August 22. It would have been Leota and Bill’s 13th anniversary.

Leota took a job at IU when she felt ready and eventually built a home of her own, leaving 322 to Harvey and Myrtle. The senior Termans decided to downsize and left the bungalow in 1953.

“Thus, after 20 years of many events and changes wrapped up with the relationship between a family and a particular residence, the connection was broken,” Jim wrote in his history of the home. “That connection, however, remains deeply planted in the minds and feelings of two small boys.”

Jim says when they last visited the home in 2012 it was nearly impossible to see from the street, thanks to overgrown bushes. It served as a rental property for some time before it was renovated.

“Overall the house looks darker, older, and more squat; in short it looks its age, which in a short time will be 100 years,” Jim wrote of the home before it was renovated. “We like to think, however, that its Terman years were its good years.”

Here’s hoping 322 sees just as much happiness during the Brosher years. As the first home of our own it already has a special place in our heart.