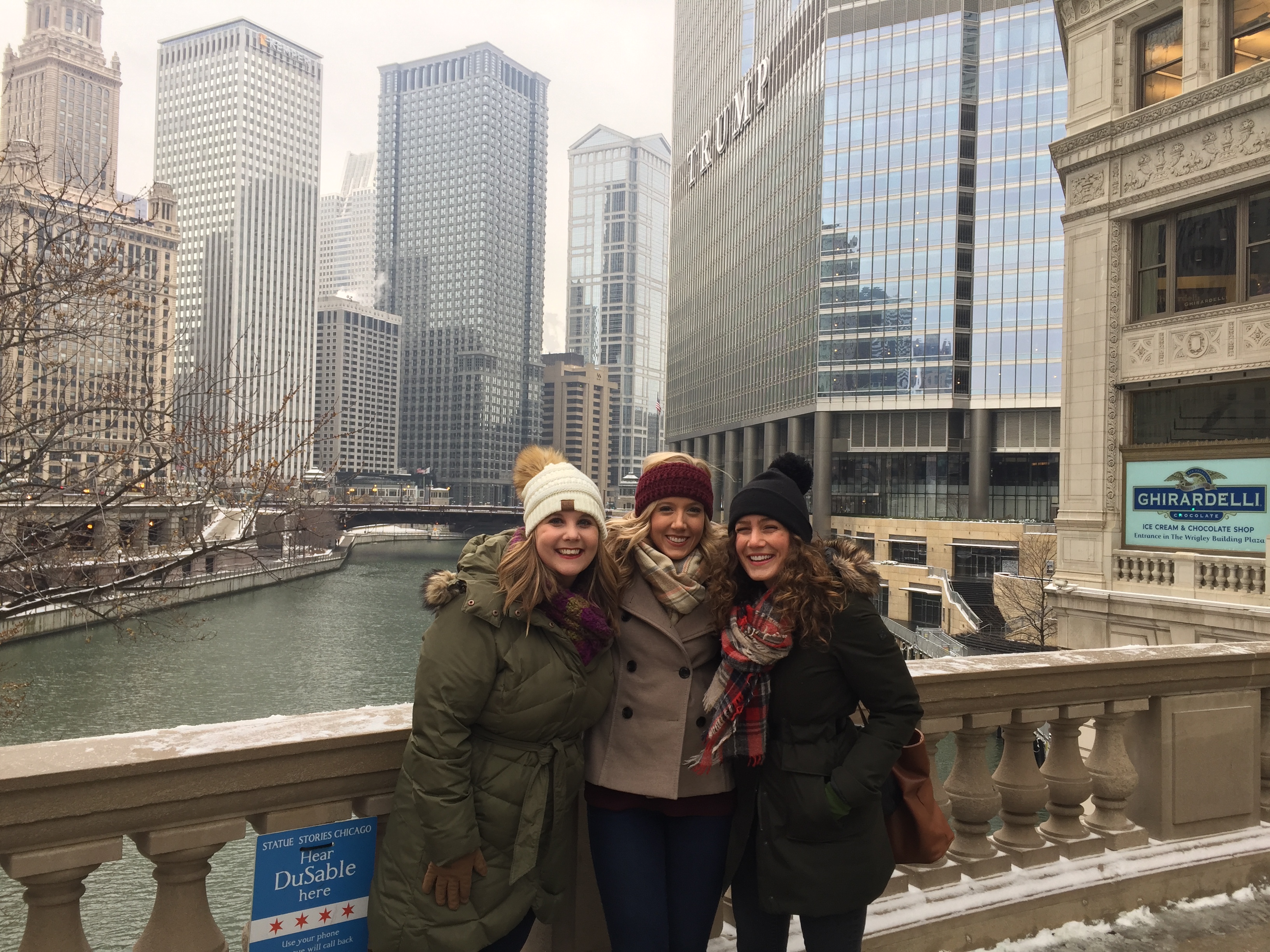 Monday, we meet again. Why do the best weekends always go by so quickly? We spent another amazing couple of days in Chicago with my two best friends from college, Katie and Emily. We live in separate parts of the country — Emily in Wyoming, Katie in Florida, me in Indiana — so we try to make the most of the short visits we have a couple times of year. Chicago was the perfect meeting spot! 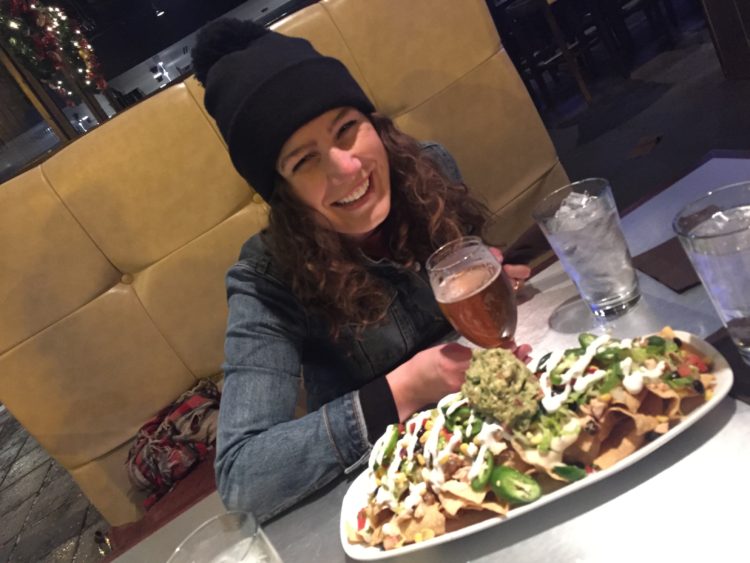 Emily, James and I got to the city Friday night and headed out for beer and a late-night snack at Sweetwater, a spot James and I love because of their great draft list. It took us about six hours to drive to Chicago because of black ice, so we were more than ready for a beer. We caught up for a while before walking back to the hotel and falling asleep almost immediately. Traveling really sucks the energy out of you! 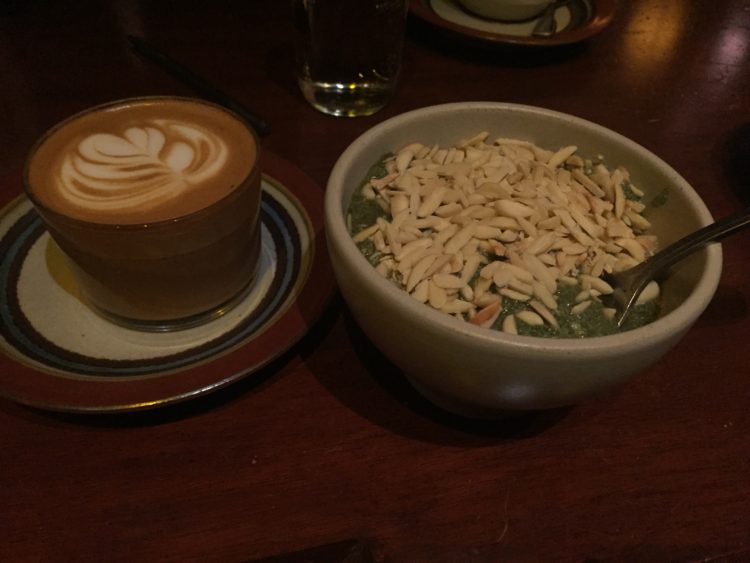 We let ourselves sleep in Saturday and grabbed a late breakfast at the nearby Cafe Integral, inside the Freehand Hotel. I was a big fan of this breakfast spot. The menu boasted several lighter, unique breakfast options. I opted for the matcha chia pudding and I’m determined to recreate it at home. We all really liked the vintage vibe of the space and decided we’ll have to stay at the Freehand next time we make a trip to Chicago. 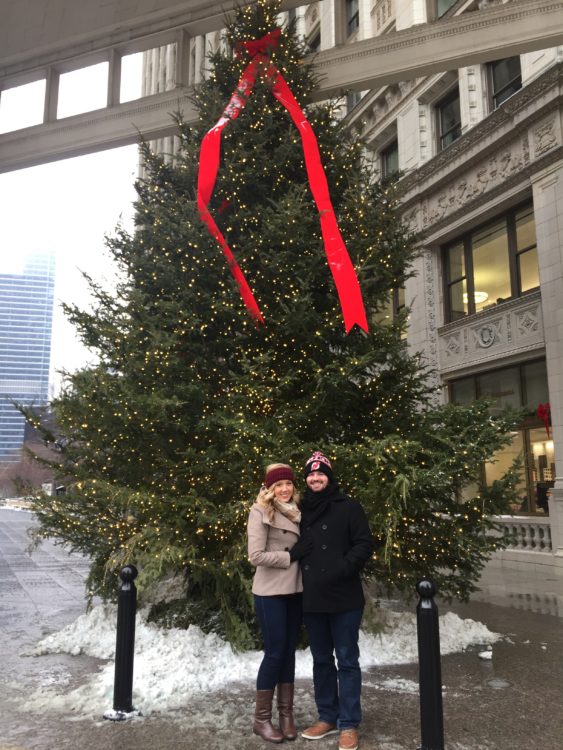 By the time we finished breakfast and popped inside a couple of shops, Katie and Pat’s train arrived. It was Pat’s first time in Chicago, so we had an ambitious list of places we wanted to take him. We walked along Michigan Avenue and stopped for a few photo opps before hopping on the L to head to Lagunitas. We are all big fans of the brewery but had never visited the Chicago taproom.

We were amazed by how large the facility was. Emily, Katie and I all ordered flights and enjoyed every beer we tried. It was so fun catching up over beers and lunch, and enjoying some live music. I want to go back sometime soon to take a tour of the brewery. They offer free tours every hour, on the hour — and you can take a beer along! 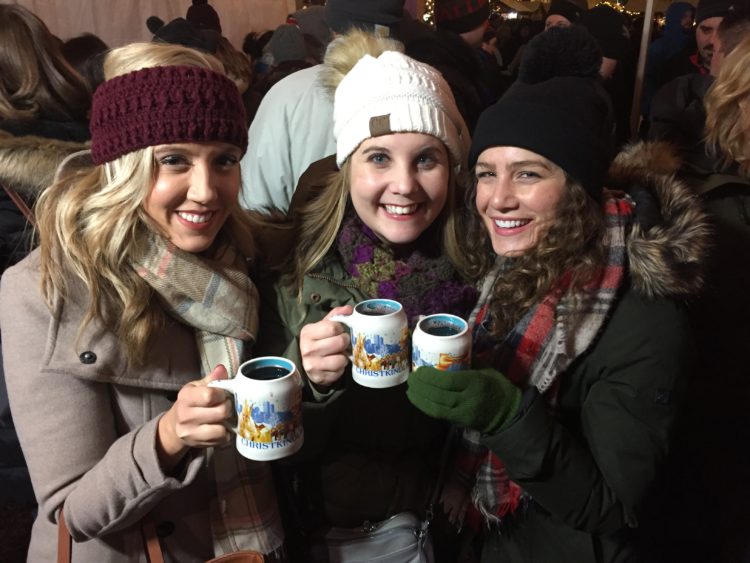 After a couple of hours, we decided to head back downtown to the Christkindlmarket, a German Christmas market that features handmade gifts, amazing food and the best mulled wine you’ll ever have. We all wanted to go back for a second mug! But, we still had a lot to accomplish with only a few hours together left. So, we headed over to the Walnut Room to grab another drink. The Brandy Alexander Eggnog served there is another seasonal favorite and we all slurped ours down pretty quickly. 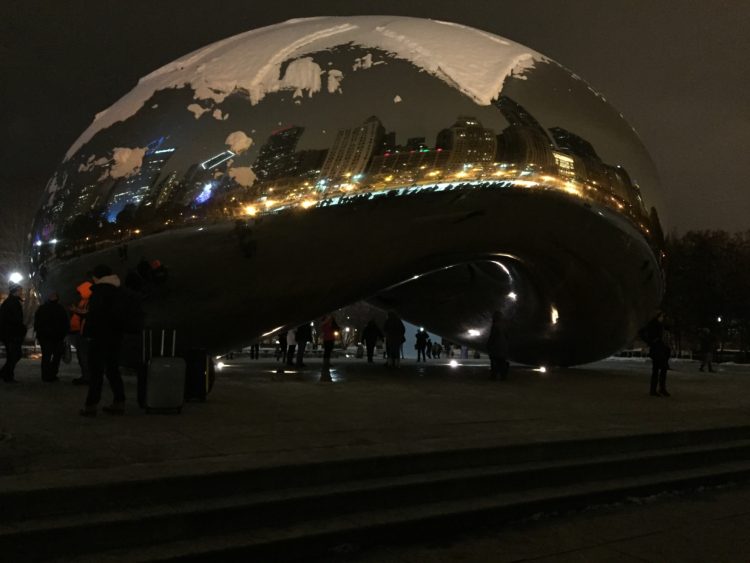 Pat had one request for what he wanted to do in Chicago: visit the famous bean in Millennium Park. I’d actually never visited the park at night, so it was fun to take in the city skyline and watch people ice skate down below. By that time, we’d worked up an appetite and it was starting to snow. We decided it was time for some Lou Malnati’s pizza (the best Chicago-style pizza, in my opinion) before crashing for the night. Emily, Katie and Pat all had to catch flights early Sunday morning, so our reunion was especially quick this time around — less than 24 hours!

The trip went by way too quickly, but I’ll see Emily again next week when she stops in Indiana and James and I are making a trip to Florida next month to see Katie and Pat. Living so far away from your best friends can be hard sometimes, but I’d say we make the most of every moment we spend together. I’m already counting down to our next reunion.