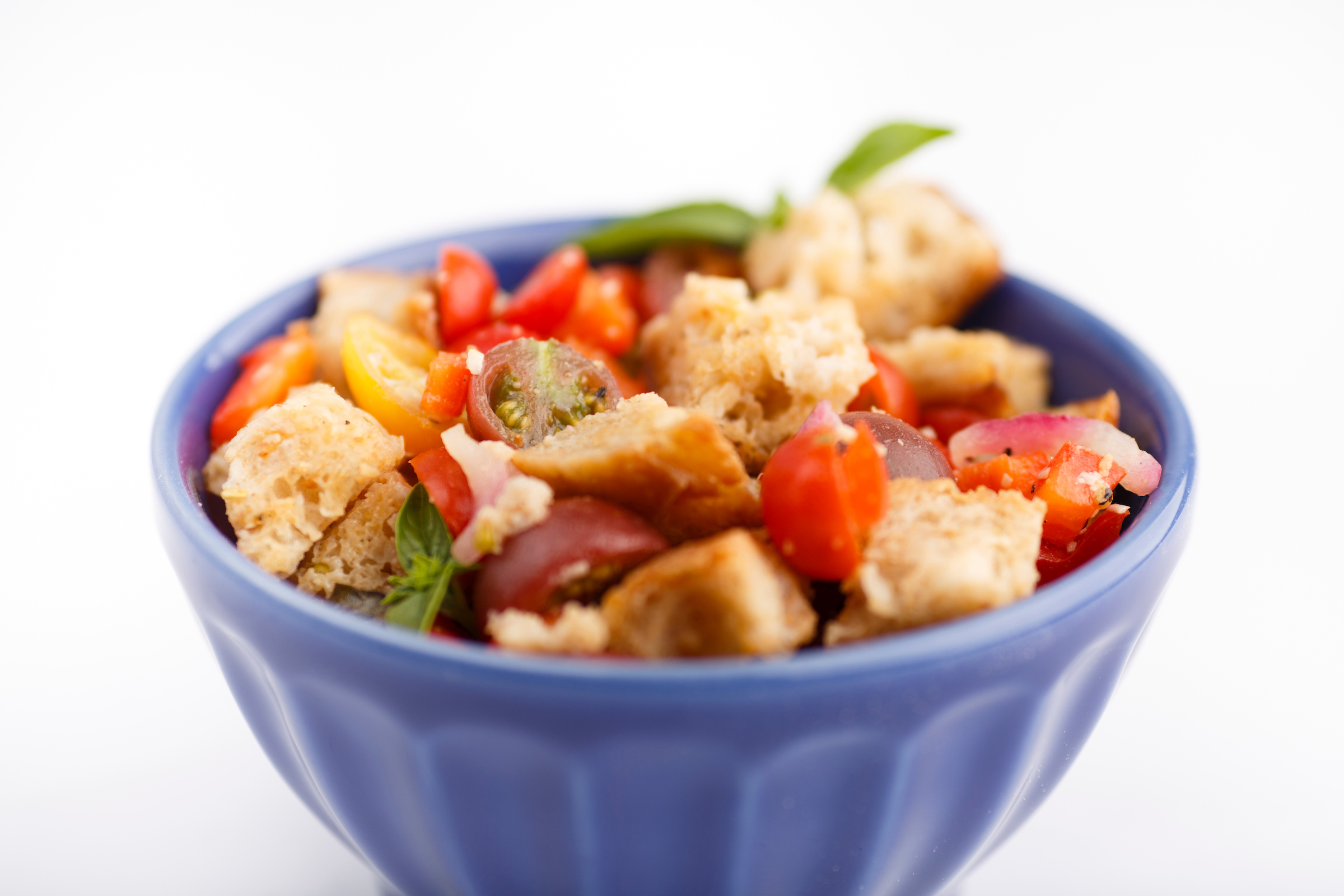 Panzanella is a quintessential summer dish that lets the freshness of sweet tomatoes shine. Crusty bread soaks up the juices from the vegetables, olive oil and garlic. Serve this as a side dish at your next cookout or as a simple summer lunch. 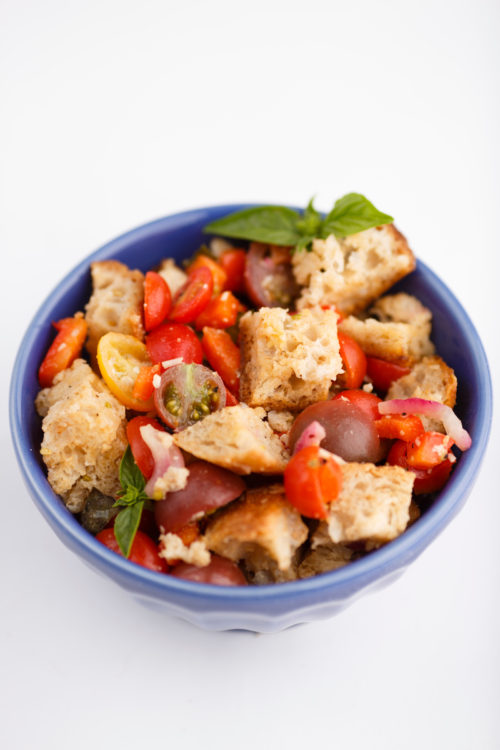 Panzanella was a dish my mother made on repeat growing up. Back then I simply called the dish “bread salad” and picked every ingredient except the bread out. I had no idea what I was missing! Now that I’m older and my tastebuds have grown up, I can’t imagine panzanella without fresh, sweet cherry tomatoes. When I bought a pint at the farmers’ market over the weekend, I knew exactly what I would do with them.

Panzanella marries some of my favorite summer flavors: tomatoes, garlic and basil. The dish is simple, which makes the quality and freshness of the ingredients you use especially important. If you don’t have a good bottle of extra-virgin olive oil, invest in one. You won’t regret it! If you’re local, you can find a great selection of imported varieties at Goods For Cooks, where you can sample before you buy. You also want to make sure the tomatoes and basil you use in this salad are as fresh as possible.

As for the type of bread you use, it’s personal preference. My mom actually used day-old Jimmy John’s loaves for her panzanella. I chose a sourdough loaf from Muddy Fork Bakery, which held up well in the salad days later. The crustier the bread, the less likely it is to get soggy.