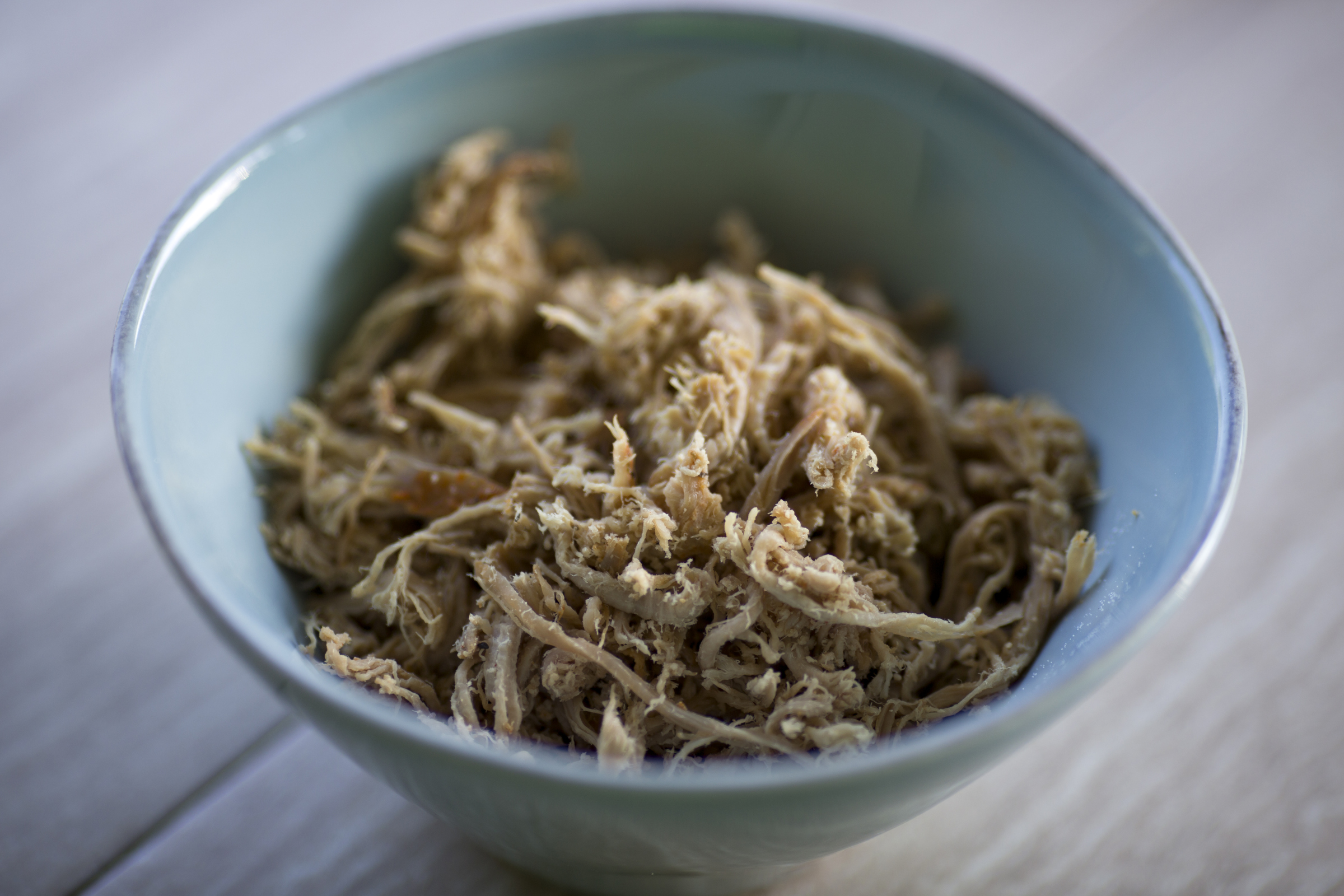 This pulled pork gets its delicious, barbecue flavor from a simple dry rub. Throw it in the crockpot in the morning and eight hours later you’ll have a healthy, delicious meal — and enough to feed a crowd! Use it in sandwiches, salads, nachos or pizza. 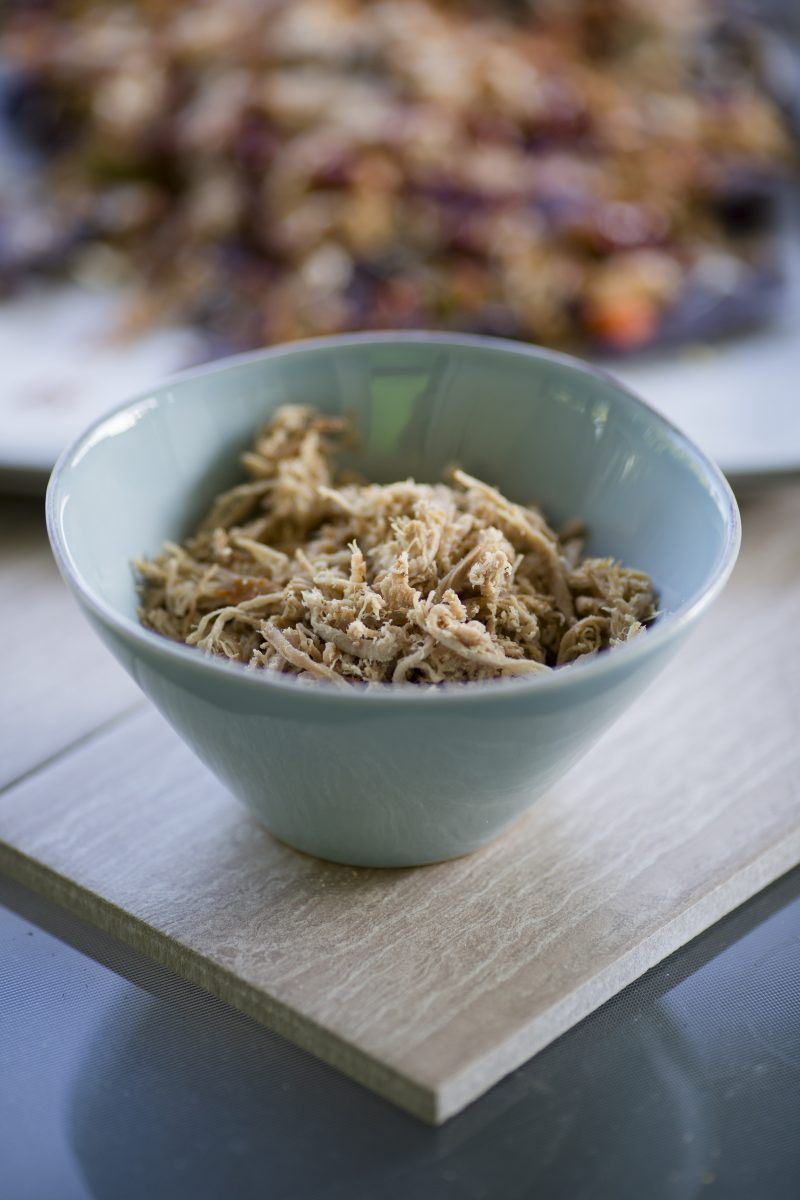 Happy Friday, everyone! Are you ready for the weekend? We are hitting the road for the fourth weekend in a row and the nonstop traveling is definitely taking its toll. I’ve started the past few weeks feeling drained from the constant go-ing and it’s hard to stay motivated as a result. I’ve been slacking when it comes to working out, cooking — actually, it’s been hard to be productive at all! I’m excited to see family this weekend, but also looking forward to sleeping in.

The best way to stay on track during hectic weeks for me is to plan ahead. Even that’s been hard lately, but I’ve tried to spend some time in the car on our way back home making a short grocery list and planning out some meals. I knew this week was going to be rough, so I decided to make a couple of dinners that would last us the entire week. I made a batch of these enchiladas (with ground turkey instead of chicken) and also decided to make some slow-cooker pulled pork that we could serve several different ways. 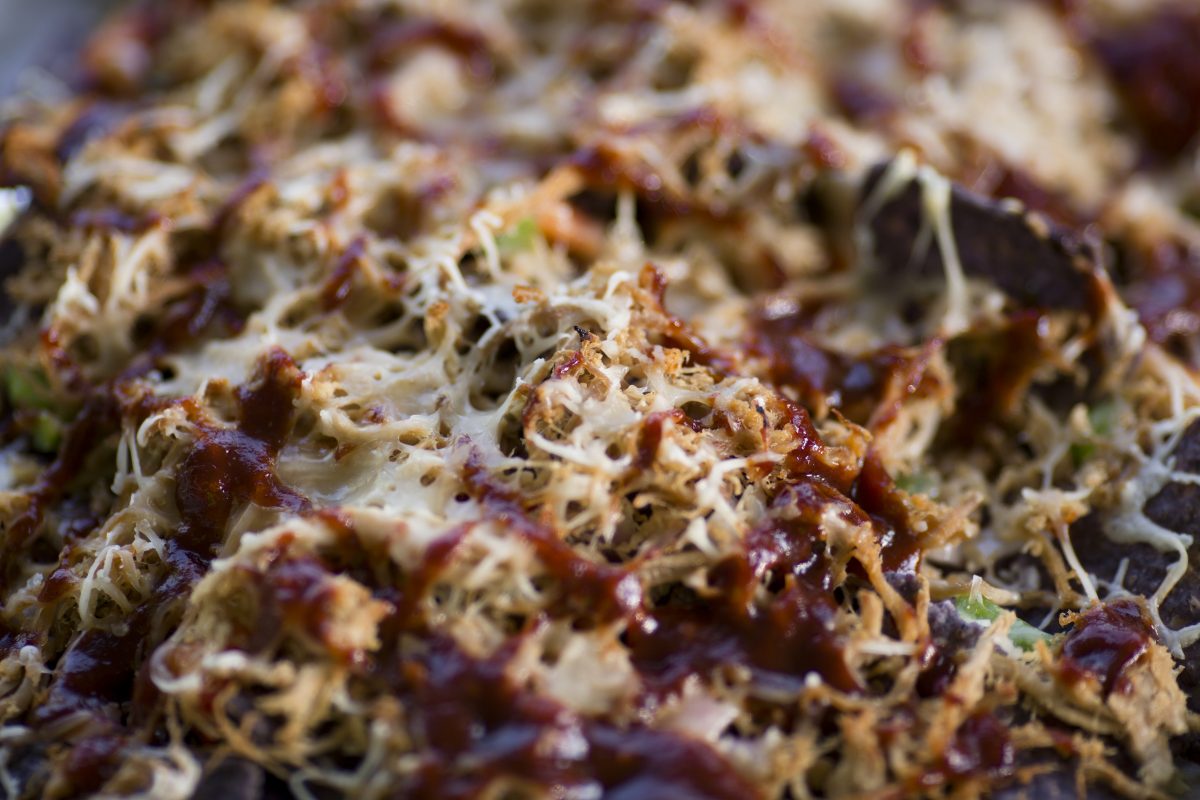 Guys, this recipe is so ridiculously easy and insanely good. I love pulled pork, but not when it’s drenched in barbecue sauce. I’m more of a dry rub kind of girl. And the rub on this pork gives it so much flavor. You can easily ditch the sauce (but I won’t judge you if you don’t).

We’ve been eating this all week on sandwiches and salads. But I think our favorite meal so far has been pulled pork nachos, modeled after our favorite appetizer at Quaff On. I threw some pulled pork, red pepper, green pepper, red onion, light cheddar cheese and a little barbecue sauce on top of a bed of blue corn chips, then served the nachos with lime wedges and avocado. James took a couple of bites, looked at me and said, “You knocked this one out of the park.” I have a feeling he’ll be requesting these again soon.

I hope you all have a fun and delicious weekend!