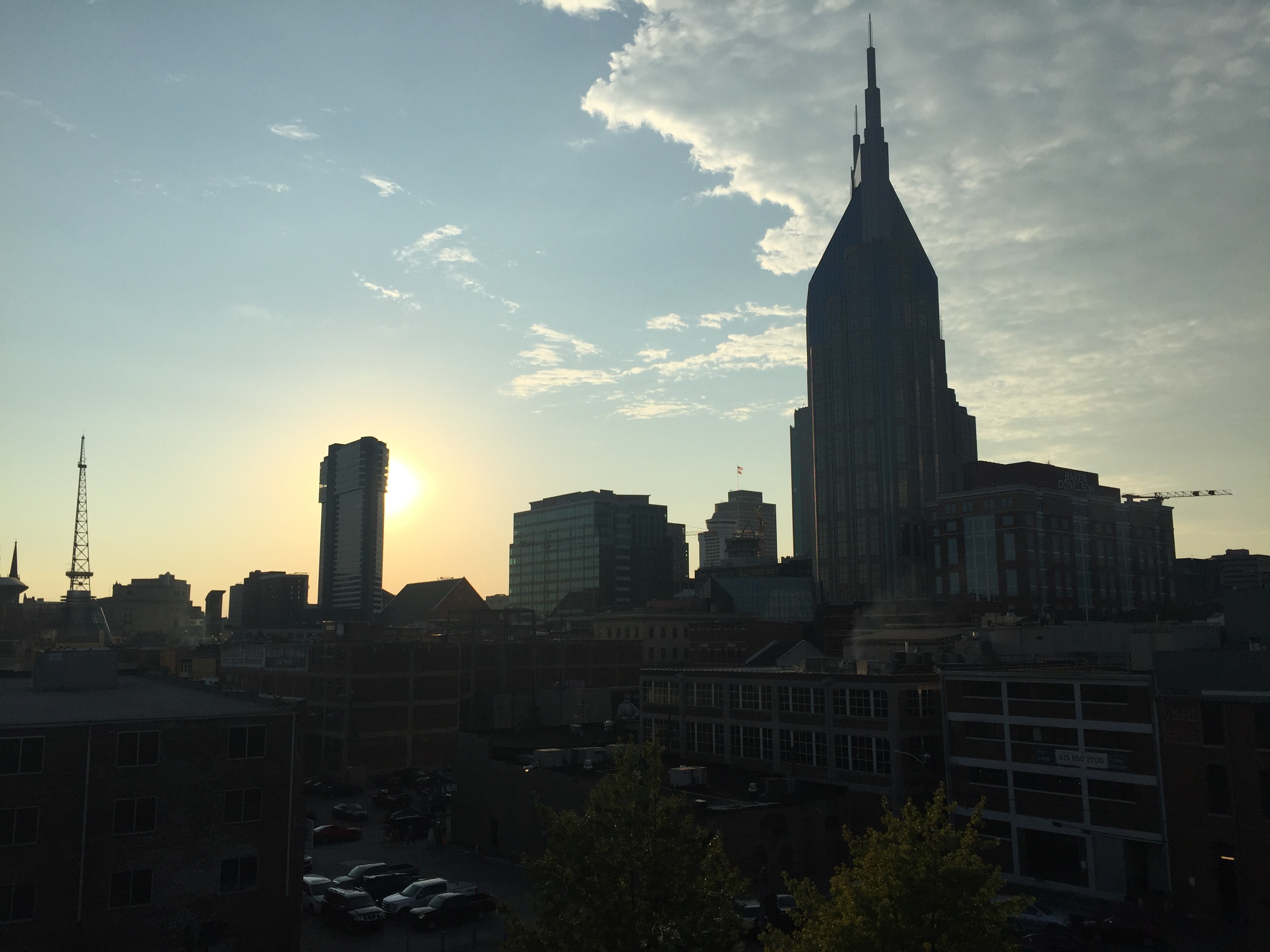 Waking up early to start the work week was especially hard this morning. We spent a long weekend at my brother’s house in Nashville and pretty much ate our way through the city. All of the food was amazing, but my body isn’t too happy with all the sugar and grease it consumed over the past few days. Time to get back on the lean, mean, green train today!

James and I headed south Friday morning in order to make it to Nashville by lunchtime. My brother and his wife were actually on their honeymoon in Maui until Saturday, so we had the day all to ourselves. We visit Nashville often, but don’t spend much time partaking in tourist activities since my brother knows all of the best places locals go. But, we decided to indulge ourselves and treat the long weekend like a real vacation. 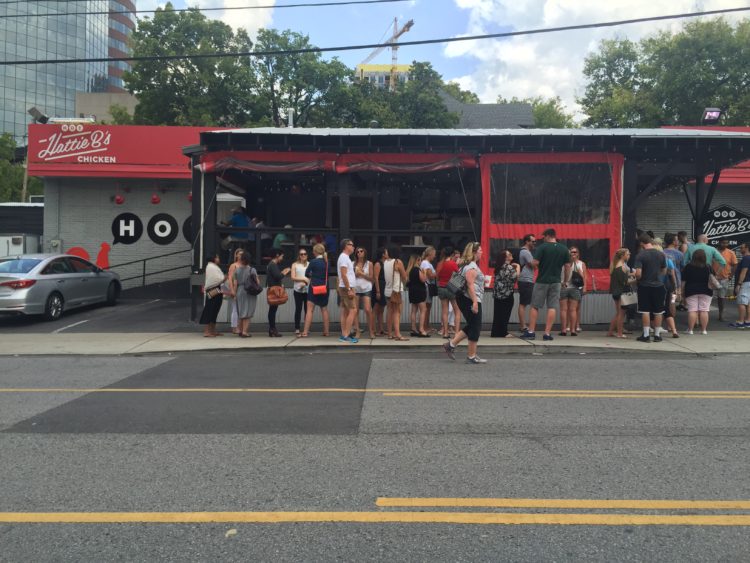 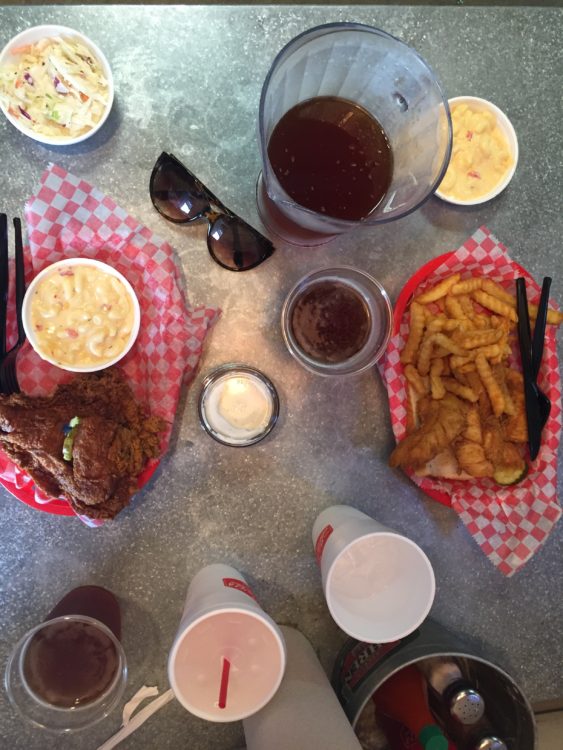 Our first stop was the famous Hattie B’s in Midtown. We’ve often sat across the street at Broadway Brewhouse (great spot for craft beer and jerk chicken!) and laughed at the long line of people waiting to try the famous hot chicken joint. Now we know what all of the hype is about! We waited for about an hour and 15 minutes before making it to the counter, but that’s part of the experience. James ordered his chicken southern style (no spice) and I got mine mild. I like spicy food and should have gotten mine hotter because it was pretty tame. We loved the chicken, but thought the pimento mac and cheese stole the show. We will be dreaming of that pimento mac until our next trip!

After our great meal and a pitcher of beer, we headed downtown to stop by a few of our favorite spots. James is a huge Jack White fan, so we almost always go to Third Man Records to check out the latest vinyl releases. Going to the shop is a really cool experience. In addition to the unique records for sale, there’s also a booth where you can record your own song on vinyl, a retro photo booth, and a listening room where you can sample some of the vinyl before purchasing. 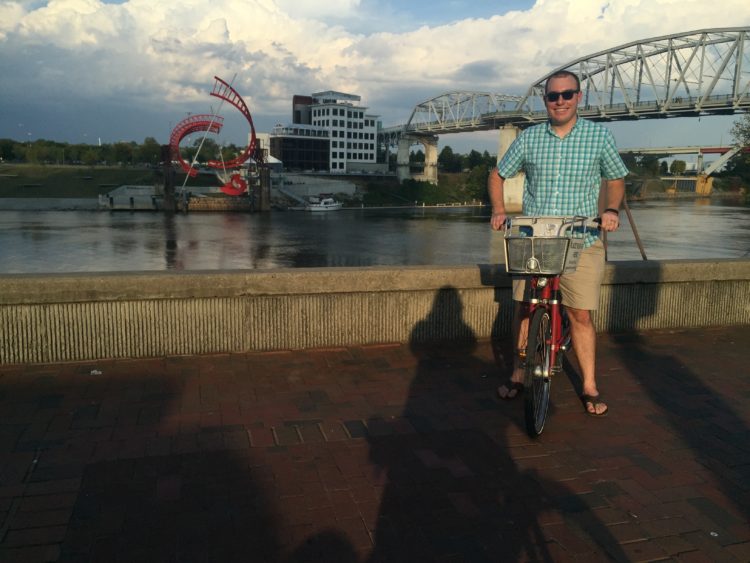 After perusing the store for a bit, we headed downtown and decided to walk down Broadway to the riverfront. A bank of Nashville B-cycles caught our eyes. They’re cheap to rent ($5 + $1.50 service fee for 24 hours), so we checked a couple out and headed out on the Music City Bikeway. The trail was nice and flat and there was hardly anyone on it, so we rode along the river for a few miles. We only ended up going about five miles, but it felt great to get a little exercise in! I was also extremely proud of myself for somewhat gracefully riding a bike in a short dress.

By the time we were done with the ride, it was time to head to The Ryman for the Brian Wilson concert. I got James tickets earlier this summer for our anniversary and we’d been counting down the days until the show ever since. It was an amazing concert and I loved seeing James sing along to so many of his favorite songs. 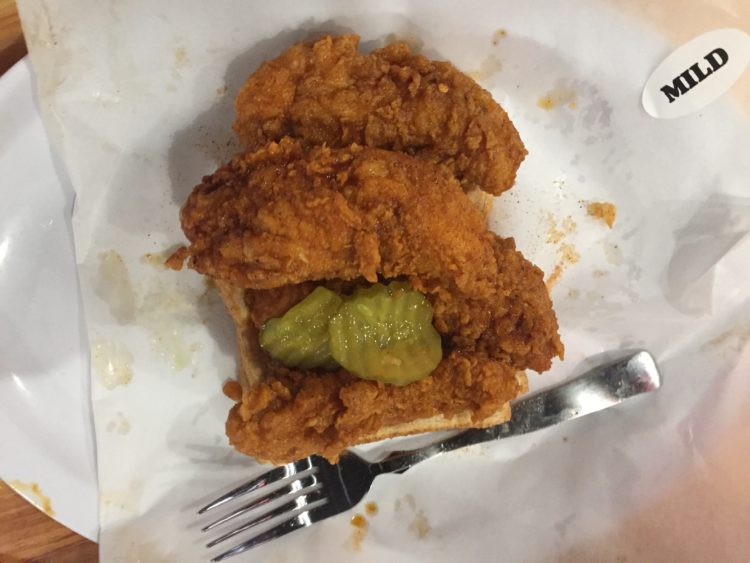 My brother and his wife got home early Saturday and got some rest before we headed out for another fun afternoon in the city. When he heard we’d tried Hattie B’s he decided we needed to try the original Nashville hot chicken at a place called Prince’s. The famous restaurant just opened a second location close to his house, so we headed over for another gluttonous lunch. Ben said the chicken at Prince’s was spicier, so I stuck with mild to be safe. James and I both decided we liked Prince’s chicken much better because the flavors were more distinct. I could still taste the amazing blend of spices through the heat. At Hattie B’s the sides stole the show. 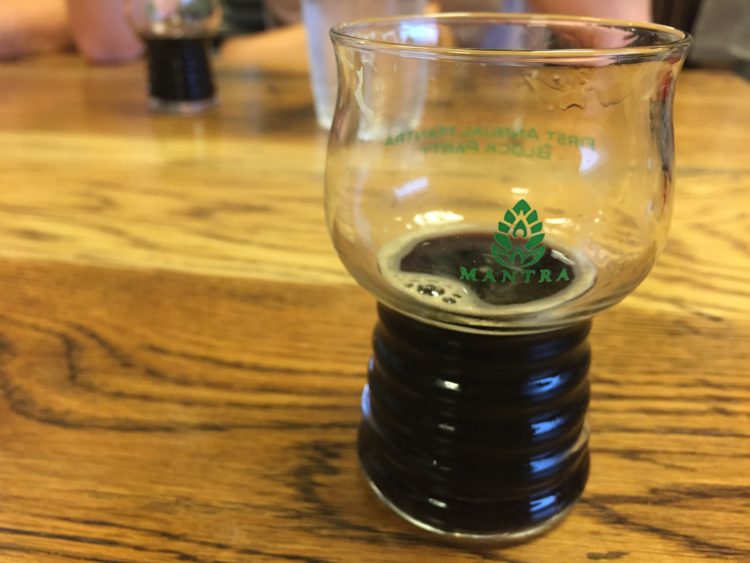 We were absolutely stuffed by the time we finished lunch and headed to Mantra Brewing’s first block party. We had an absolute blast sampling all of their unique beers. Mantra’s brews are unlike anything I’ve ever tasted before — they feature unexpected, complex flavors that you can’t find elsewhere. Their Saffron IPA may be my favorite, but I also really enjoyed their Goo Goo Gish beer, which is a milk stout that tastes just like the famous Goo Goo clusters. It’s like drinking dessert! 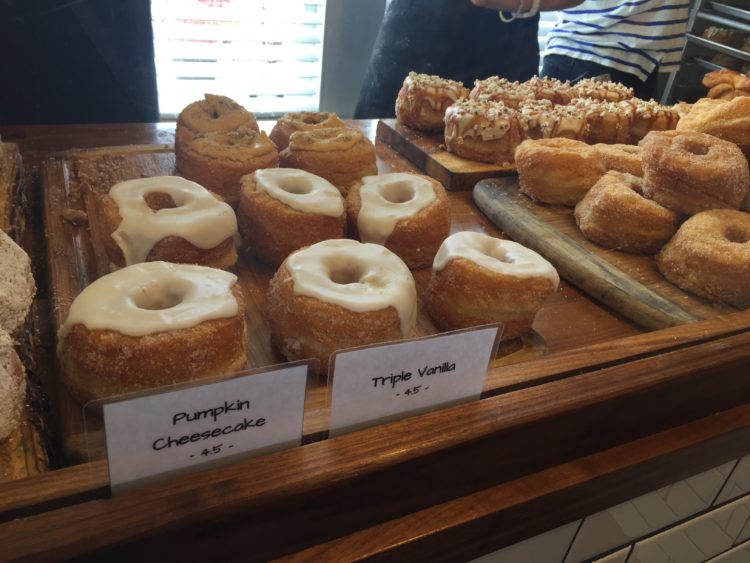 Before heading out of town Sunday morning James and I made a stop at Five Daughters Bakery in 12 South to sample their famous 100-layer donuts. They’re similar to the famed cronuts of NYC in that the donuts are made out of flaky layers of pastry. And they were even better than I imagined. James ordered a salted caramel chocolate and I went for the seasonal pumpkin cheesecake. They were hands down the best donuts I’ve ever had. I can’t wait to go back to this place and try some of their other varieties! I highly recommend stopping by if you’re craving something sweet in the city.

We had an absolute blast being tourists in Nashville for once and both agreed we need to venture out to new places there more often. Nothing is more fun than exploring a place with the one you love. Now we both are in need of a major detox. Our stomachs haven’t quite recovered from the indulgent weekend!