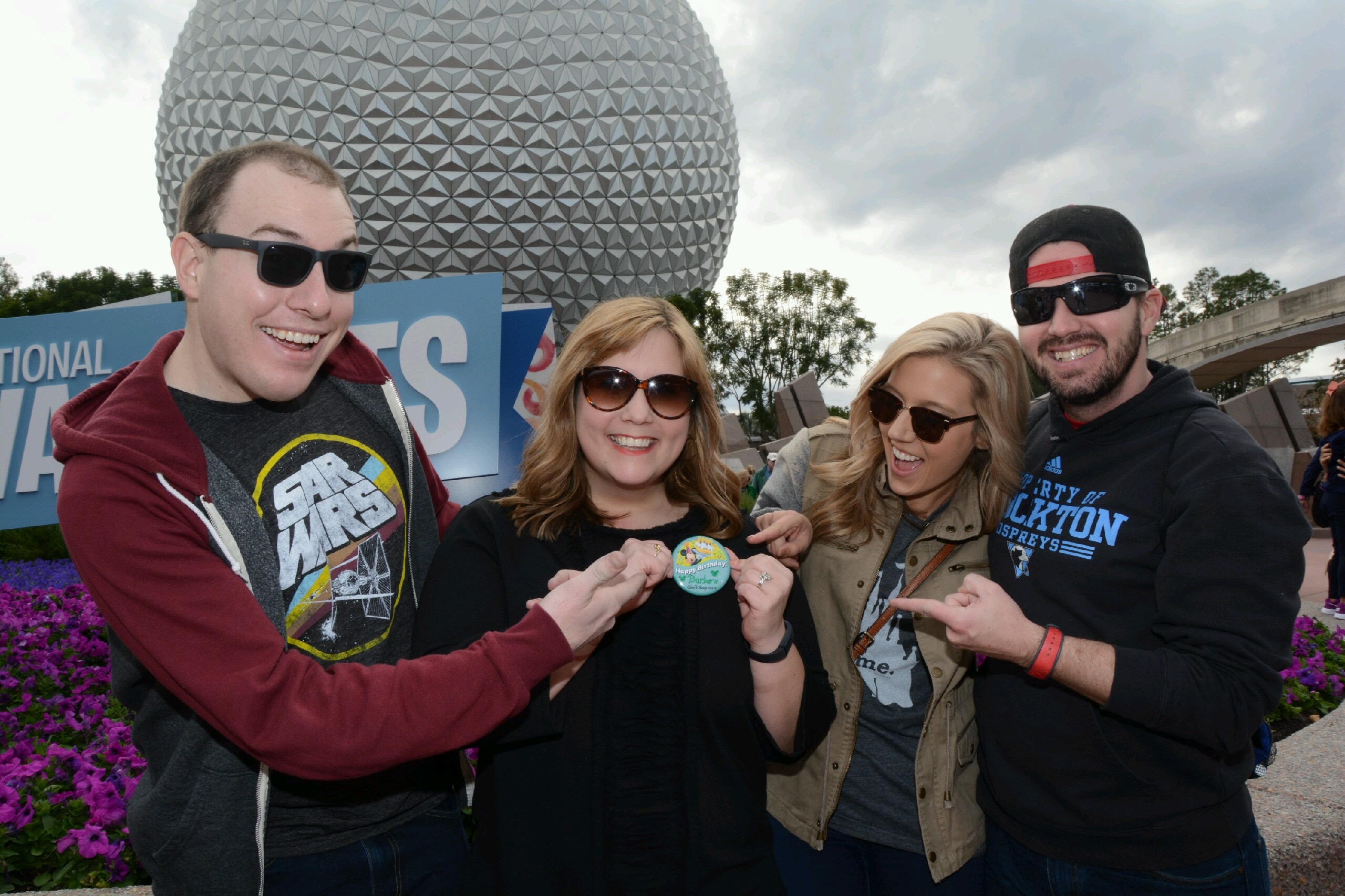 Hi, friends! How was your weekend? We are getting back in the swing of things after spending a long weekend in Florida with our best friends Katie and Pat. The trip went by so quickly, but we managed to squeeze so much fun into our short trip. Katie and Pat are Disney season pass holders, so we spent one day tackling three of the parks. I hadn’t been since third grade, so it was amazing to return as an adult. We started at Hollywood Studios with the most intense rides of the day: Rockin’ Roller Coaster, Tower of Terror and Star Tours. 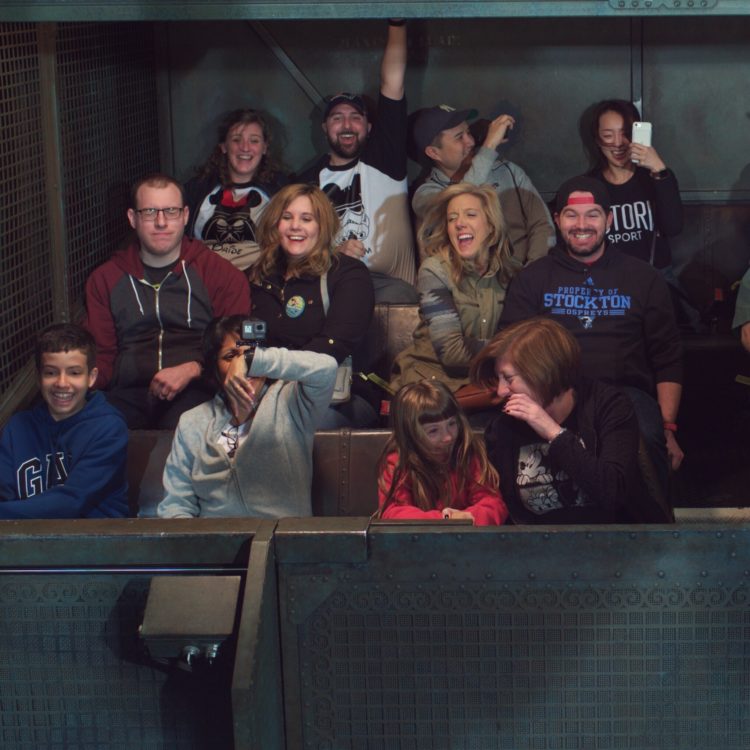 James isn’t a huge fan of roller coasters, which you can tell from his face while riding Tower of Terror. We were cracking up because he had the same, unimpressed expression in all of the photos they snapped on the rides. I hadn’t been on a roller coaster in years, but after we got the first one out of the way I was pumped. Tower of Terror was my favorite at Hollywood Studios!

We headed to Epcot around lunchtime to catch a couple of rides and eat/drink our way around the world. We were having so much fun I didn’t take many pictures! We started with margaritas in Epcot, where I got the most refreshing drink I’ve ever had: a frozen avocado margarita. It sounds weird, but it was delicious! We made stops in Germany, Morocco, Japan, France and Canada to grab snacks and explore some of the shops. It’s pretty amazing how realistic many of the countries are and it made me want to travel internationally again soon. 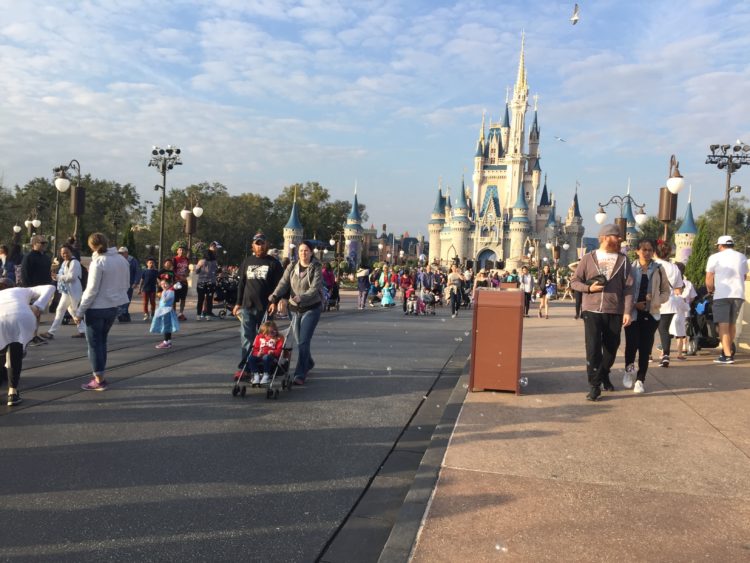 After a few hours at Epcot, we ended our day at Magic Kingdom. This was my favorite park, mainly because it was so nostalgic. Walking around the park brought back fond memories of visiting as a child. We hit up a couple of classic rides (It’s a Small World and Pirates of the Caribbean) before calling it a day. James and I went to bed immediately when we got back to Tampa — I don’t think we’d been that tired in a long time! But it was so worth it. We definitely want to spend a few days at the park next time we visit — we barely scratched the surface of everything there is to do! 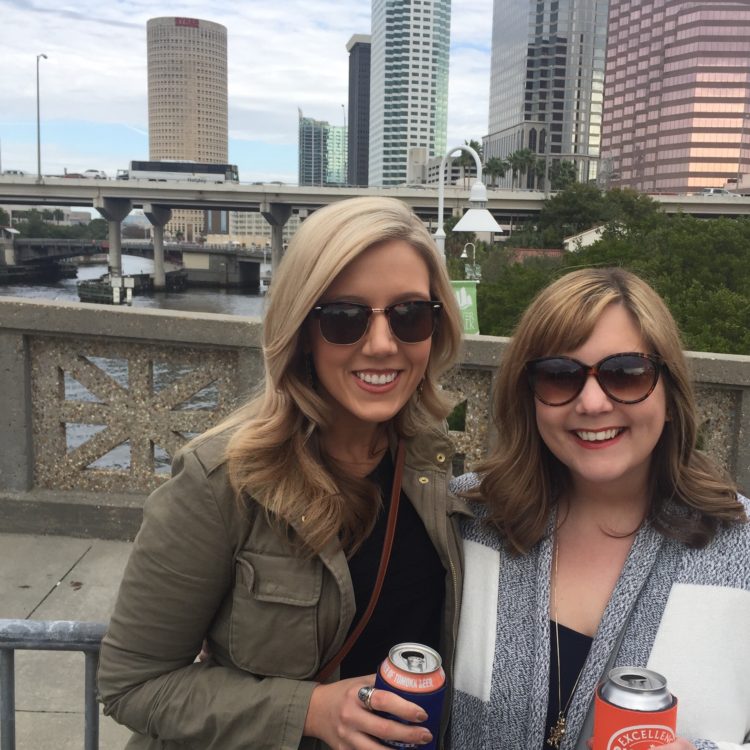 We were up early the next day to take in the Gasparilla Pirate Festival festivities in Tampa. It’s basically Florida’s version of Mardi Gras with a whole lot of pirates. Katie and Pat are pros and made sure we had a backpack full of drinks for the day. It was so nice to be able to bring our own instead of having to pay for super expensive, not-so-great beer from vendors.

The people watching was pretty amazing because so many people were dressed in costume for the day. We walked along Bayshore for a couple of hours taking it all in before finding our spots for the parade, which was an absolute blast. They throw out beads instead of candy and I got really into trying to snag some. I basically yelled as loudly as possible to get their attention, which seemed to work. We made some new friends with the people we were standing next to and had fun joking around and getting to know them. 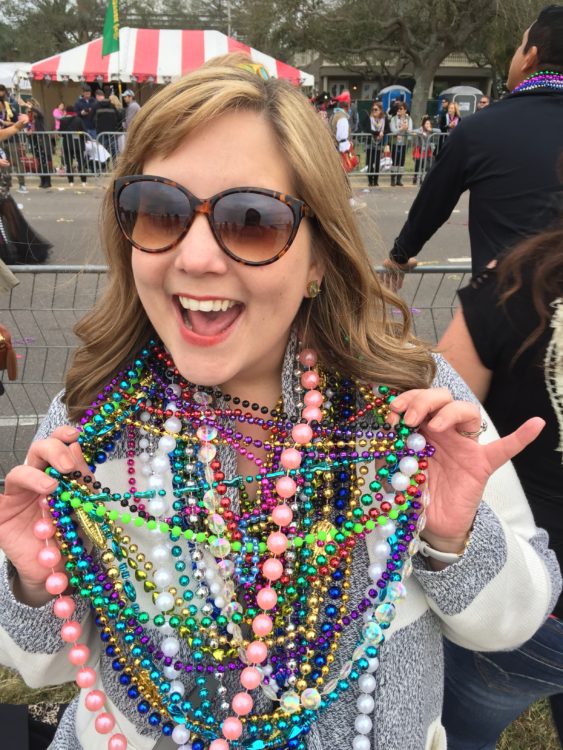 We grabbed some dinner after the parade and James and I went to bed super early again. We were up early Sunday to fly out and were so sad to leave. Living so far away from our best friends isn’t always easy, but we try to make the most of our brief reunions. James and I are already planning our next visit!