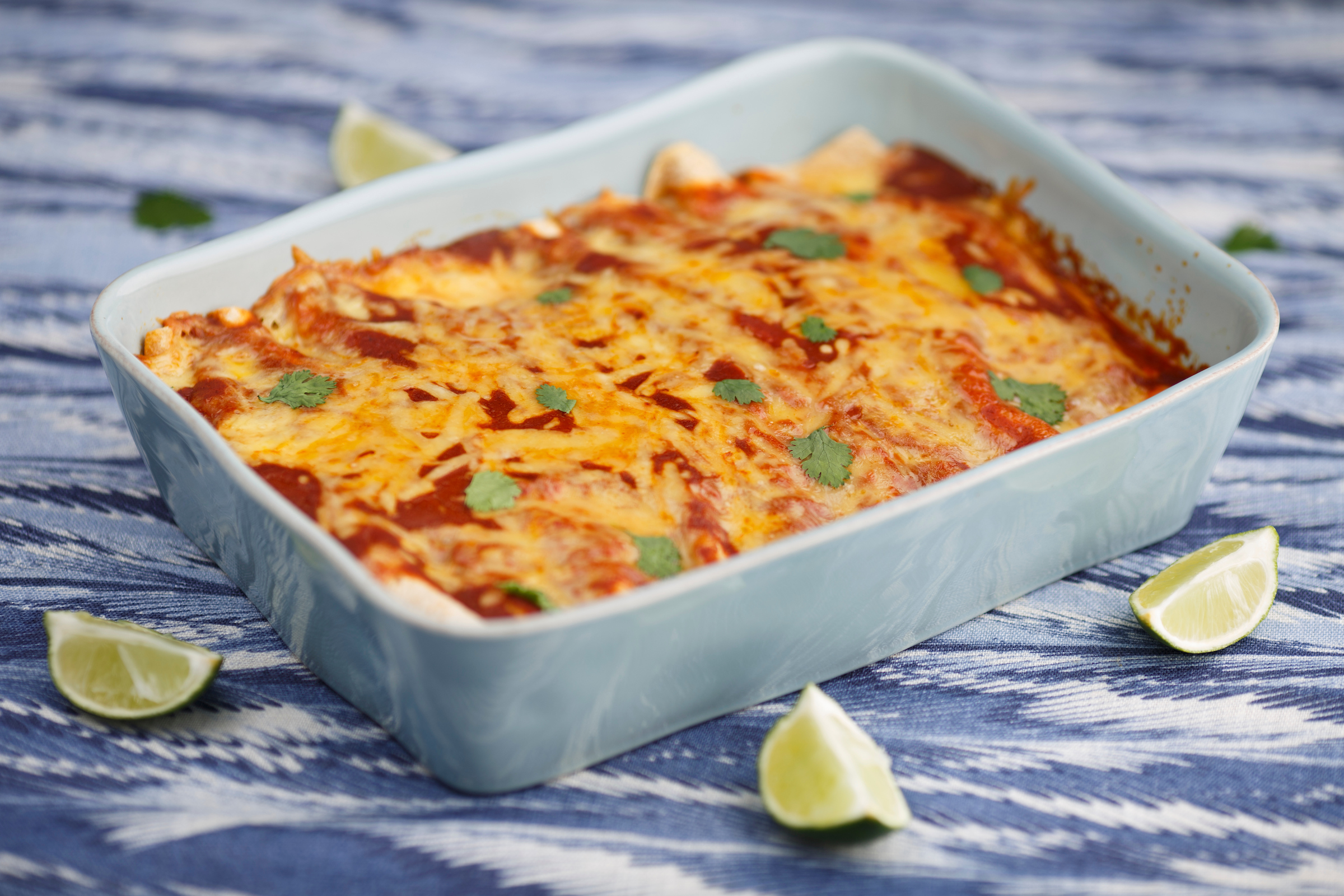 These shredded beef enchiladas get some help from a crockpot, which cuts down on the amount of time spent in the kitchen and kicks up the flavor of the beef. They’re topped with a quick, homemade enchilada sauce and lots of melty cheese. 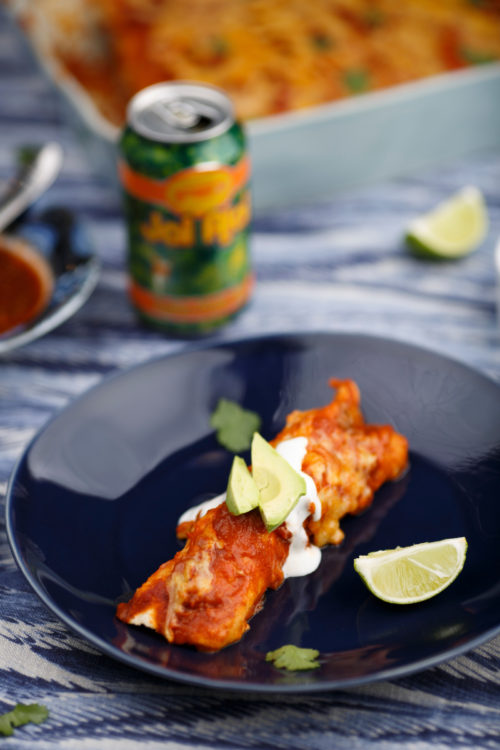 We’ve officially made it to May! Is this year flying by, or what?! I always love this month because there’s so much to look forward to: college students leaving town, our wedding anniversary, officially kicking off summer. And, of course, Cinco de Mayo!

I’ve long been fascinated by Mexican culture and, although Cinco de Mayo is a relatively minor holiday in Mexico, I love how it’s turned into a celebration of Mexican history and heritage in the U.S. Several towns throughout Indiana host their own festivals that showcase Mexican traditions and foods on the holiday.

This recipe for enchiladas won’t come close to being as good as the food you’ll find at those gatherings, but it’s inspired by some of my favorite Mexican dishes and flavors. You start by slow-cooking the beef in a crockpot until it’s nearly falling apart, then finish the recipe off by making a simple enchilada sauce and throwing everything in the oven. The result is a delicious, comforting meal that’s easy to throw together for a small Cinco de Mayo crowd.

The enchilada sauce I use for this recipe is pretty mild because James can’t handle much heat in his food. I will never forget the first time I made my lightened-up beer chicken enchiladas for the first time with a much spicier version of my enchilada sauce — James could barely finish one! Ever since then, he’s a little hesitant to bite into my enchiladas. I now err on the side of caution when it comes to the spice level, which means I end up covering my enchiladas in Cholula. If you’re a fan of spice, you can add more chili powder or even cayenne to the enchilada sauce to take it up a notch!

If you’re looking for a beverage to pair with this meal, I’ll have a margarita recipe for you later this week! 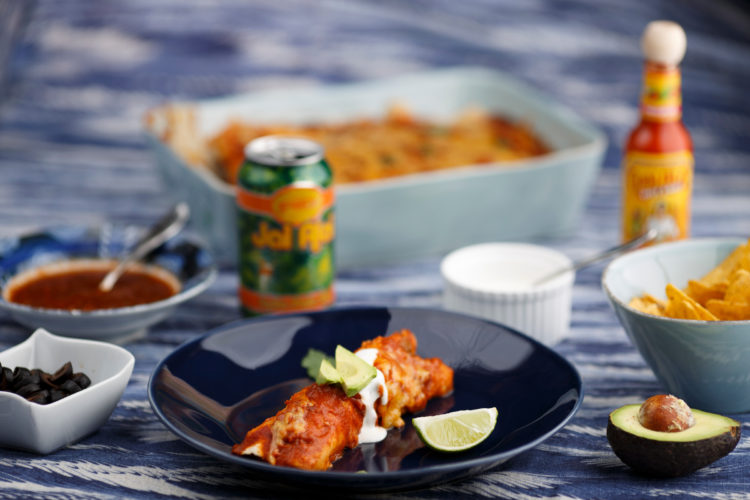 *Note: This recipe makes a very mild enchilada sauce. Add more chili powder or a pinch of cayenne to kick up the heat.