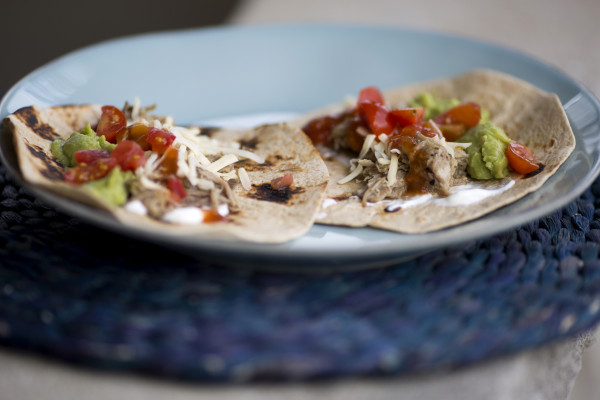 If I had it my way, I would eat Mexican food for every meal. I can never get enough of the comforting, spicy cuisine.

This recipes is one my favorites — my parents have been making it for years. It’s easy, healthy and makes enough meat to feed an army. They threw this in the crockpot when they were visiting over the weekend and I was busy at work — nothing is better than coming home to a house that smells like carnitas and a meal that’s ready to eat. 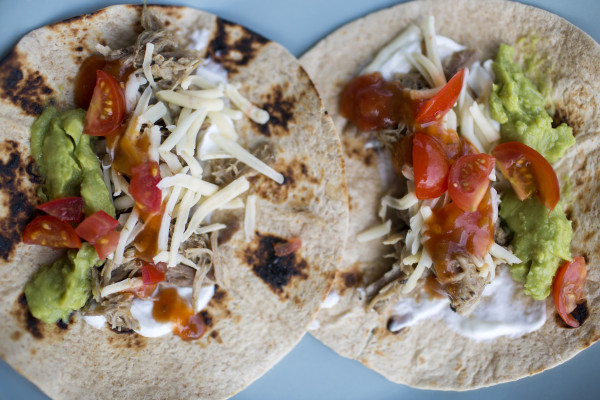 You can use this meat in pretty much any Mexican dish. My favorite way to serve it is in charred tortillas, topped with guacamole, mango habanero salsa and fresh tomatoes.  The leftovers are great for topping salads, baked potatoes and sandwiches throughout the week.

Throwing this in the crockpot on a lazy Sunday makes meal prep on weekdays so easy!