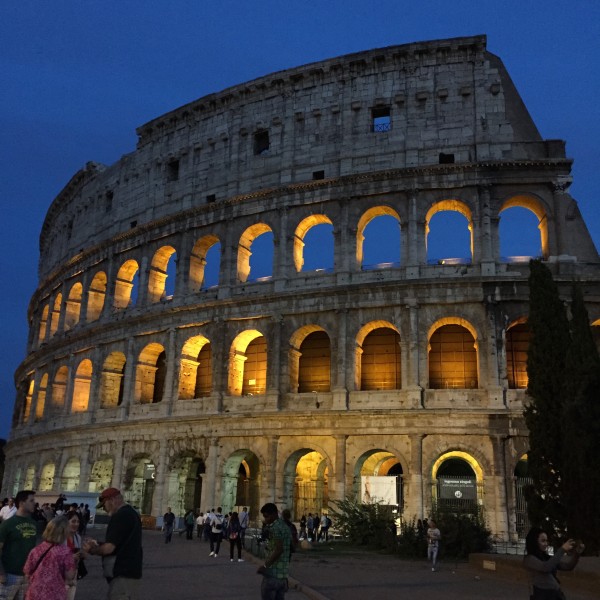 This is the last of my honeymoon recap posts — and I’m feeling a bit sad. It’s been so fun to relive our amazing trip through the blog! It’s hard to believe it’s been about a month since we’ve been back. It feels like much longer and I’m aching for another European adventure. 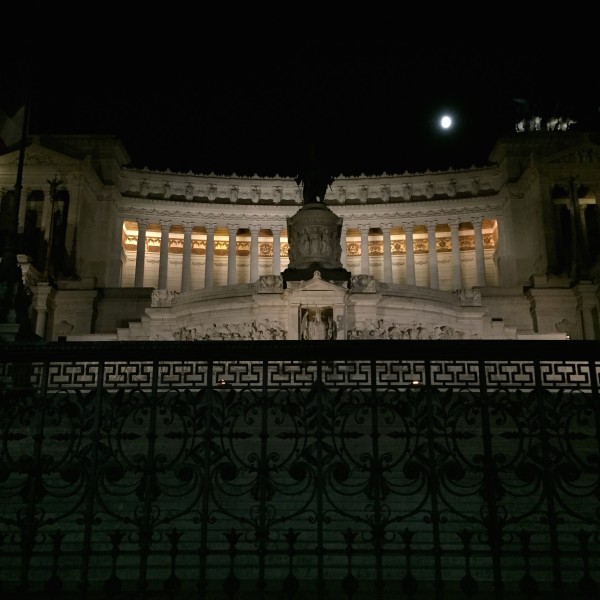 When we were planning the honeymoon, Rome wasn’t on our list of destinations. While we both wanted to go someday, we thought it would be better to spend all of our time along the Amalfi Coast. While I would have loved to spend more days in the beautiful towns with breathtaking views, I’m so glad my mom convinced us to do Rome this time around. She said she’s always regretted not going when she was in Italy several years ago.

In order to get to Rome we took a ferry from Capri to Naples, a taxi to the Naples train station and a speed train to Rome. We stayed at Hotel Selene Roma, which was less than a ten minute walk from Termini Station. 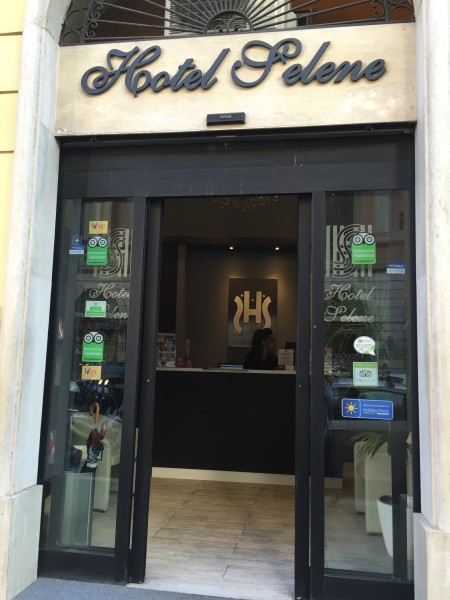 In addition to being close to the train station, the hotel was about a 25 minute walk from Ancient Rome. I would highly recommend staying there because of the location and extremely comfortable rooms. 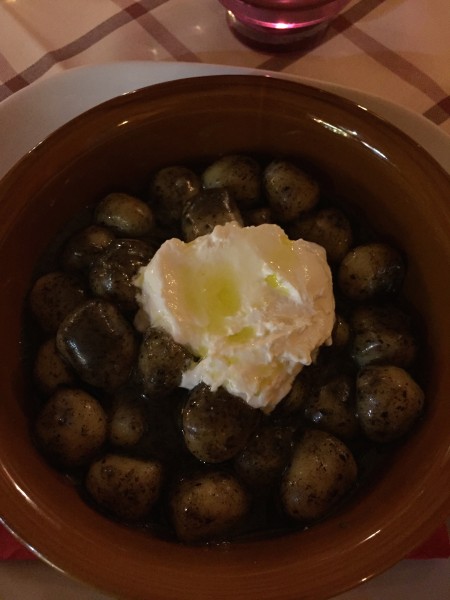 We arrived in Rome at about 3:30 p.m. and were starving. We quickly learned many restaurants close after 2 p.m. and don’t re-open until about 7 p.m. for dinner service. We walked all over trying to find a place where we could grab lunch. After striking out several times, we stumbled upon La Botte. We happily sat down, ordered the house wine and scarfed down our hot meals. I ordered the gnocchi in black truffle sauce with fresh burrata on top. It may not look pretty, but it was unlike anything I’ve ever tasted before and absolutely delicious. 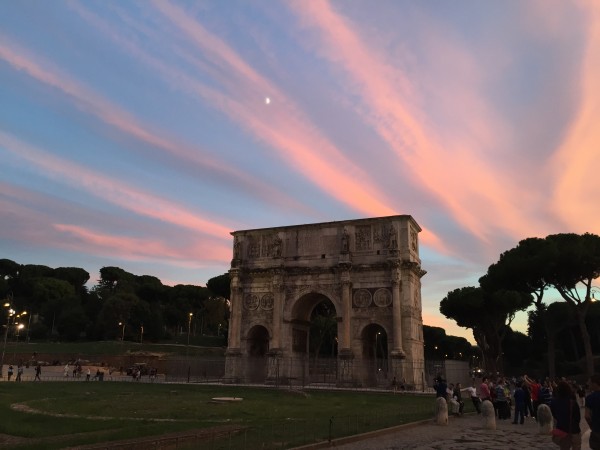 Afterward, we decided to walk down to the Coliseum and take in some of the sites as the sun set. It’s amazing to walk through a big city with all of the modern amenities you would expect and then cross the street and see Roman ruins. Being surrounded by so much history makes you realize how small you are in the grand scheme of things.

We headed to bed early after a long day of travel so we could get up early and head inside the Coliseum and Forum the next day. 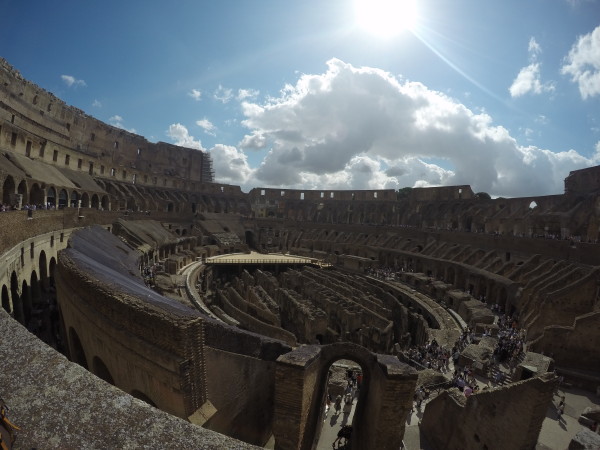 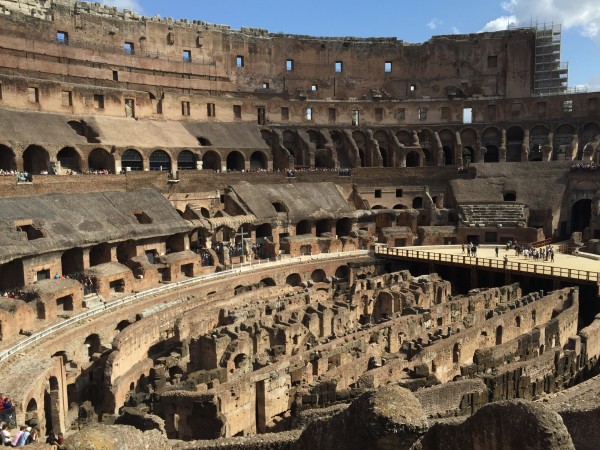 Seeing the Coliseum in person made me want to read more about Ancient Rome. Whether gladiators were fighting or a politician was giving a speech, the Coliseum had an average audience of about 50,000 people. It is the largest amphitheater ever built and the architecture is stunning.

After spending about an hour exploring the Coliseum and taking in the amazing views, we walked down the street to the Roman Forum, still using Rick Steves as our guide. There is so much to see at the Forum it was almost overwhelming. 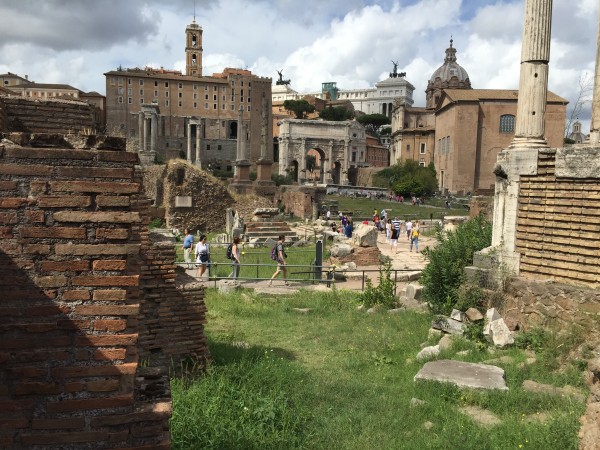 We spent about an hour walking of exploring, our feet started screaming at us to give them a break. We decided to walk a bit further to Bir and Fud, a brewery across the river in the fun Trastevere neighborhood. 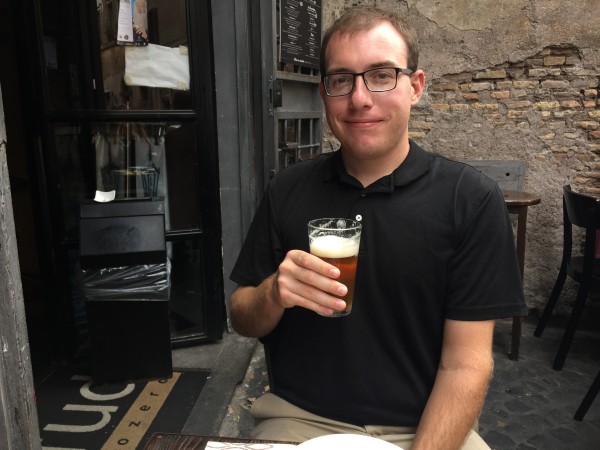 While we both loved the delicious wine we’d been having the entire trip, we were craving some good beer. And, it was hard to come by in Italy. I looked up some brew pubs in Rome before we headed overseas and decided this one looked great. We both ordered a couple of IPAs and happily drank them while enjoying some pizza. My favorite was Quarantot by Birrificio di Lambrate. It hit the spot.

We spent the rest of the day wandering around Rome, stopping to see sites like the famous Trevi Fountain, which happened to be under construction. 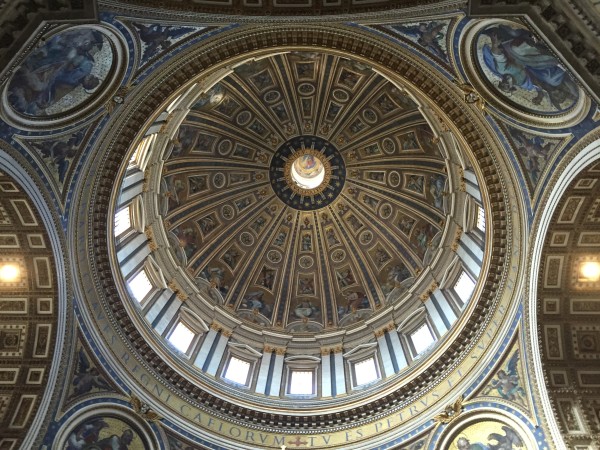 The next day, we woke up early to head to the Vatican for a guided tour. I booked the tour several months in advance through the Vatican museums. We opted for a three-hour guided tour that took us through the Vatican Museums, Raphael Rooms, Sistine Chapel and St. Peter’s Basilica. We didn’t have to wait in line and had a wonderful guide. I was in awe of every room we stepped into. I only wish my mother, who was raised Catholic, could have been there with us. It was truly magical. 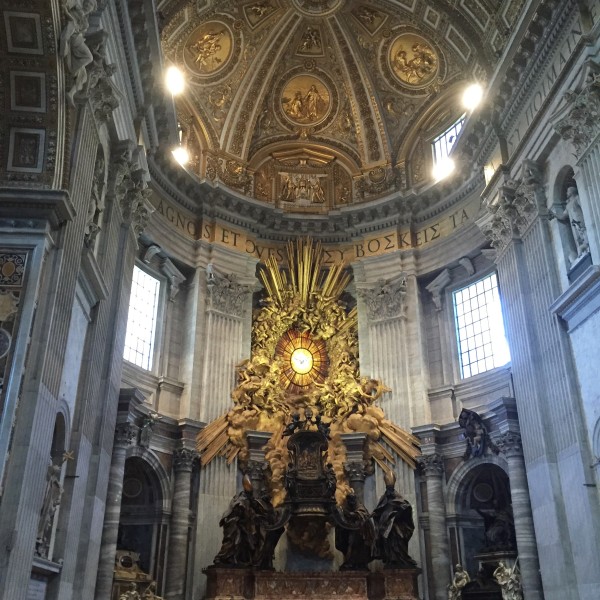 Of course the Pope was visiting the U.S. while we were at the Vatican, but that didn’t stop thousands of people from visiting. You have to go into the Vatican knowing it will likely be shoulder-to-shoulder people much of the time. It’s absolutely worth it. 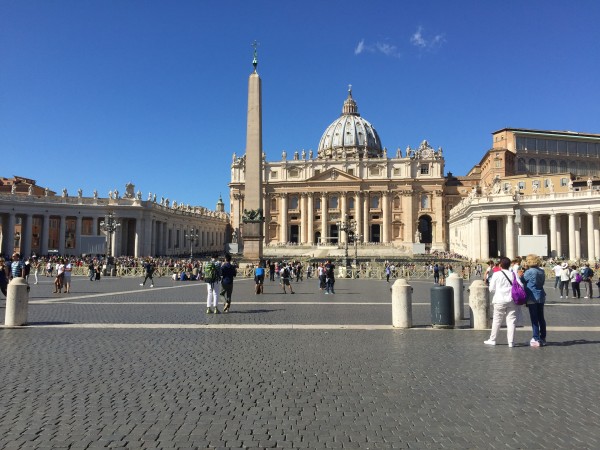 We decided to walk back from the Vatican to our next stop, the Pantheon, so we could see some sites along the way. We passed by the odd-looking Castel Sant’Angelo, which has served as a emperor’s mausoleum, a palace and a hideout for the Pope.

Once we got to the Pantheon, we popped in our headphones and listened to Rick Steves’ audio tour, constantly craning our heads up to the large hole in the ceiling that provides the only natural light. We were surprised to learn so many famous people were buried at the site, including Raphael and Italy’s King Vittorio Emanuel II. 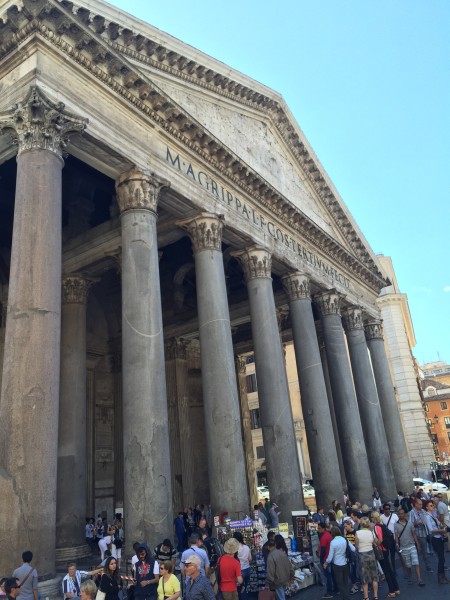 After a full day of exploring, we headed out for our last meal in Italy. It ended up being the best one of our entire trip. We went to Il Giardino di Albino, which we passed by on our first day in the city. There was a large tour group in the restaurant, so there was an Italian man serenading the room all night. James and I both ordered the fettuccine al limone and have decided we have to figure out how to recreate the creamy, refreshing dish. It may very well be the best thing we’ve eaten — ever. 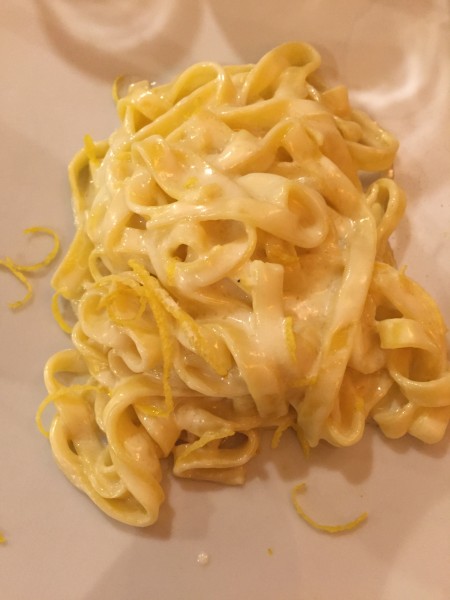 We finished our meal with a bottle of house wine and the most delicious panna cotta. By the time we left, it was raining and we were without an umbrella (word of advice: pack one). That didn’t stop us from walking over to the iconic, romantic Spanish steps and snapping one last photo. 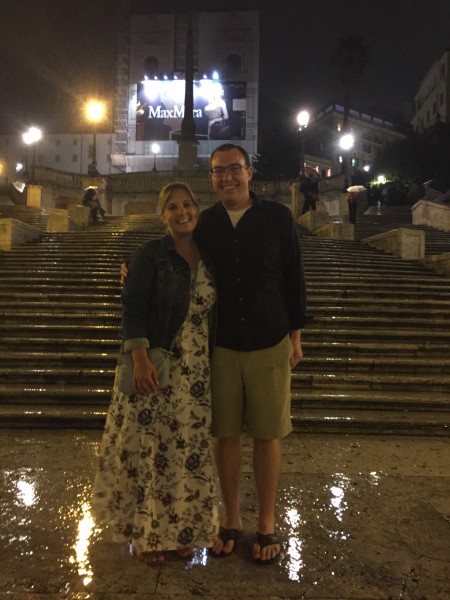 From beginning to end, our honeymoon was better than I ever imagined. It was actually the first time James and I have ever been on a vacation longer than a long weekend just the two of us and traveling together made me fall in love with him even more, which I didn’t know was possible. He’s the best travel partner and an even better life partner.

I was so sad to leave, but we’ve vowed to go back to Italy and explore some of the same places, as well as Florence and Venice. Our goal is to make it back to Europe in five years, but I’m hoping it’s sooner. There’s a quote that I stumbled across shortly after returning from our trip that absolutely rings true for me:

“A journey, after all, neither begins in the instant we set out, nor ends when we have reached our door step once again. It starts much earlier and continues running on inside of us long after we have come to a physical standstill. Indeed, there exists something like a contagion of travel, and the disease is essentially incurable.”

Until next time, Italy. You’ve stolen my heart.