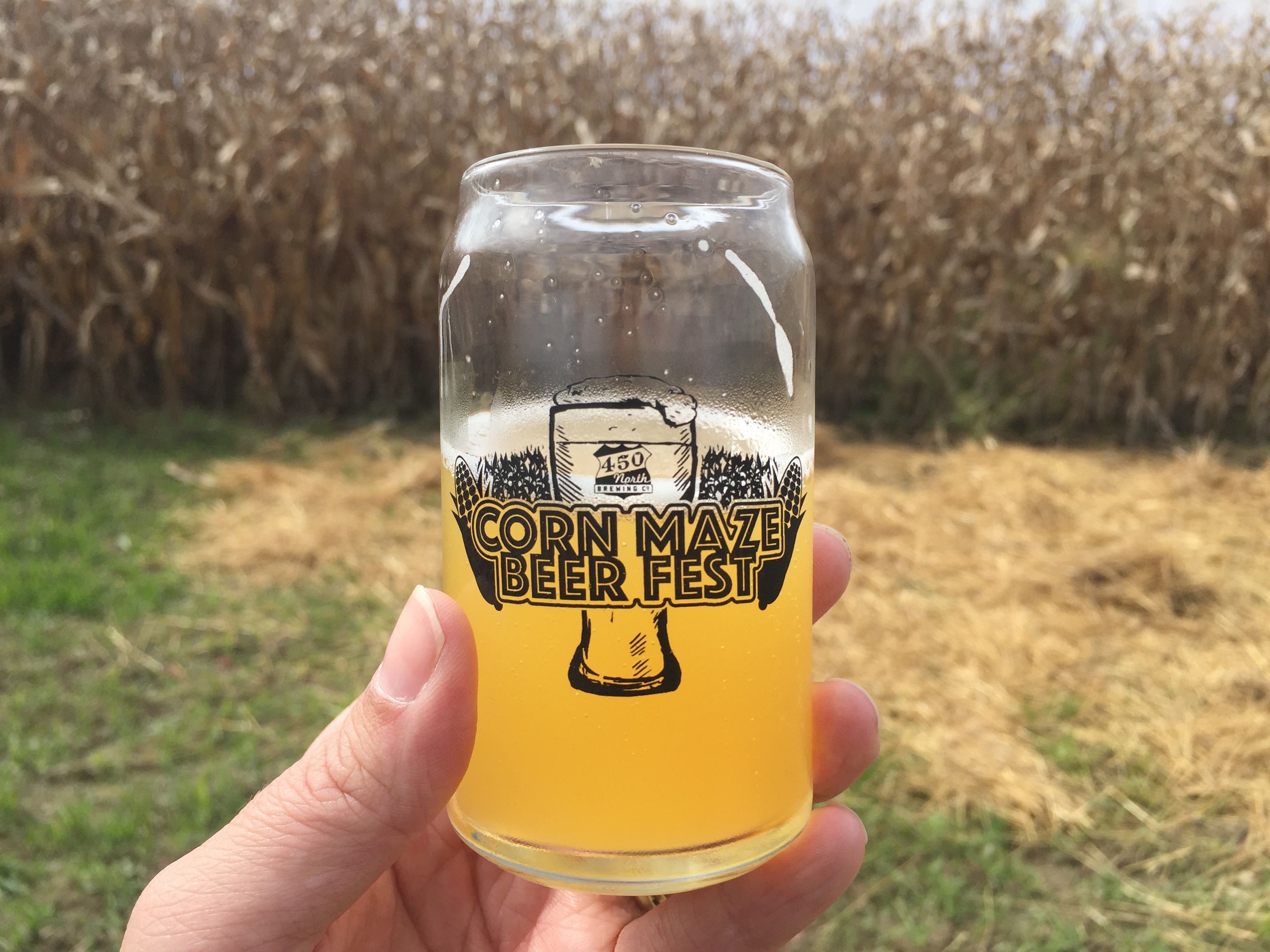 Happy Sunday, all! I hope you’re soaking up the remaining hours of your weekend. Mine was packed with lots of fun, thanks to an awesome event put on by 450 North Brewing and Indiana On Tap.

When I first heard about Corn Maze Beer Fest, I immediately texted my brother and dad to see if they’d be interested in going. They’re also huge craft beer fans and love checking out unique festivals. This one fit the bill, so it ended up being a family affair. 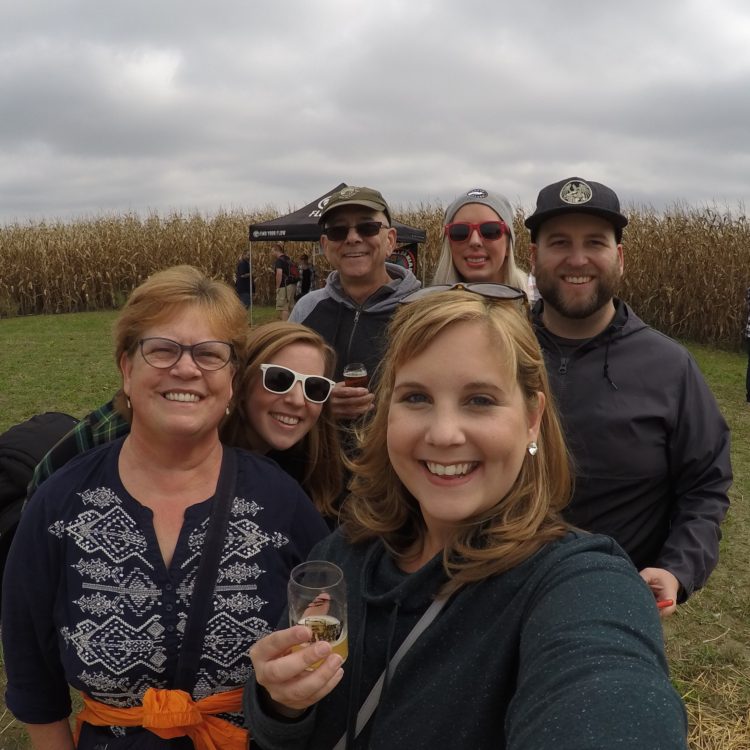 My family and friend Andrea caravanned over to the festival, which was on 450 North’s property in rural Columbus. It was our first time at the brewery and I’m dying to go back and check out the inside. The grounds were beautiful.

We opted for VIP tickets to get into the corn maze early and start sampling some brews from the 20+ Indiana breweries in attendance. We didn’t arrive until close to the end of the VIP hour, which was a mistake. The corn maze was much less crowded with hardly any lines during the VIP part of the festival — definitely worth the extra money if you arrive on time.

The corn maze had a large area in the middle with live music and a couple beer tents, then six small circles off to the sides that had a variety of different breweries. I liked that this festival featured some of Indiana’s smaller brewers because it gave us a chance to try lots of beers from places that don’t distribute to Bloomington. There were several breweries from Indianapolis and southern Indiana that I hadn’t heard of and really enjoyed.

Everyone’s favorite brewery of the day was Brew Link, which is located in Plainfield. It’s a place we’d never heard of before but definitely want to check out after sampling a couple of their beers. I didn’t get a chance to try any of their brews because I had to get us back to Bloomington safely!

For this being the first year of the event, I thought it was well put together. The concept is so fun and unique and our entire group had a blast. 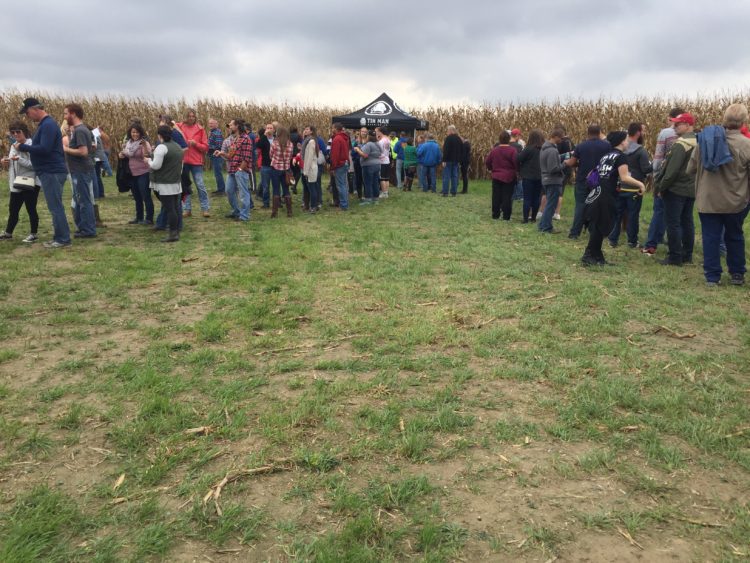 There are a couple of things that could be improved. Lines were longer than any other beer fest I’ve attended. There definitely needed to be more people pouring beers. Most breweries brought two beers, which is plenty, but most of them were beers you could get on tap at any time. I think one of the best parts of beer fests is being able to sample some unique brews that you otherwise wouldn’t be able to try.

There definitely weren’t enough porta potties, which resulted in some people going into the middle of the corn and relieving themselves there because of the extremely long lines. But it sounds like that’s already something the organizers plan to improve upon next year. 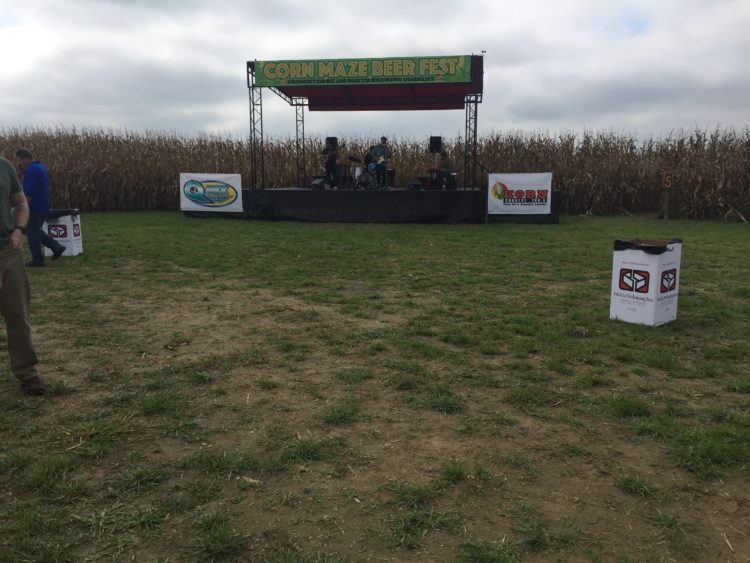 Overall, the event was great and I’m really looking forward to going again next year. I think it’d be fun to organize a bus from Bloomington to take people over so we can stay for the after party next time!