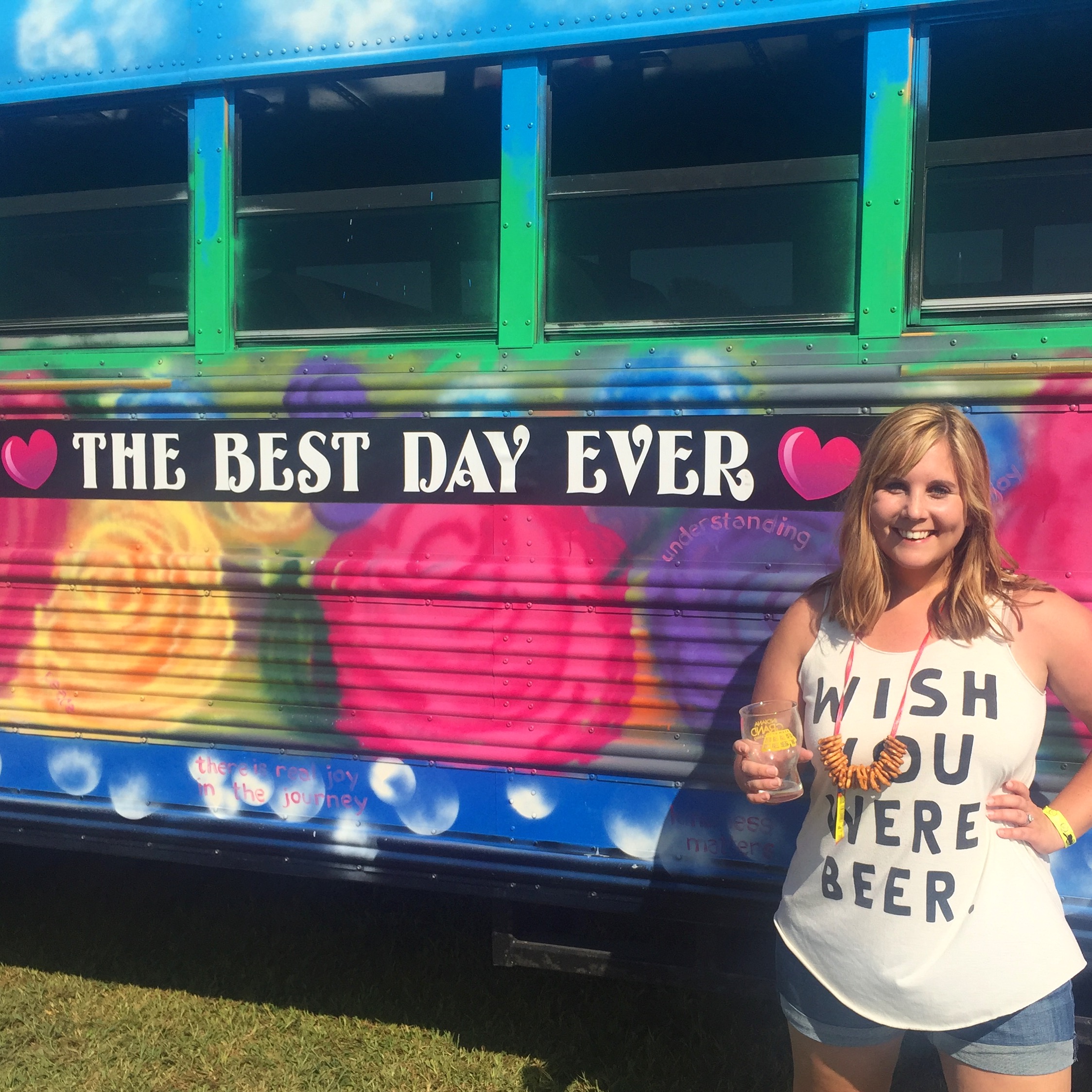 The weekend is winding down and I’m feeling much more prepared for the week than usual as a result of us not being out of town in what feels like forever. While James was busy working part of the weekend and I had plans both Saturday and Sunday, it was a great balance of fun and relaxation.

The highlight for me was definitely attending Corn Maze Beer Fest for the second time, which was an absolute blast. I went to the inaugural fest with family last year, but the organizers did a great job improving on that first-year success and making it even better this time around. The fest takes place in a cornfield behind 450 North Brewing Company, which is just about 15 minutes northeast of downtown Columbus, Ind. The brewery itself is worth a visit because of the delicious wood-fired pizza and great tap list — 450 North makes some of my favorite IPAs in the state. 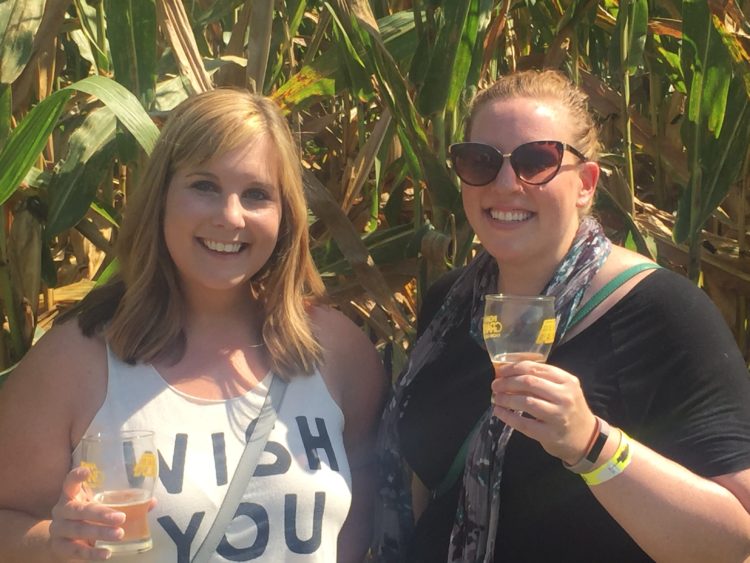 Breweries are setup throughout the corn maze, which is what makes this beer fest so fun. The point of the maze is to actually be able to find the beer, so it’s thankfully designed to easily find your way to each section. There were also several food trucks setup outside of the maze, as well as a large tent with tables and chairs that provided some much-needed shade. The weather reached 90 degrees on Saturday and there isn’t much shade when you’re in a corn maze, so it got pretty brutal after a few hours!

My friend Andrea and I decided to buy VIP tickets to the fest this year to try and avoid some of the long lines we experienced during the inaugural event. It was well worth our money because we got to try most of the breweries on our list before the general admission crowd even got inside. I like that corn maze beer fest is on the smaller side because I end up trying a lot of unfamiliar breweries and finding some new favorite beers. Here were my top five favorites from the festival: 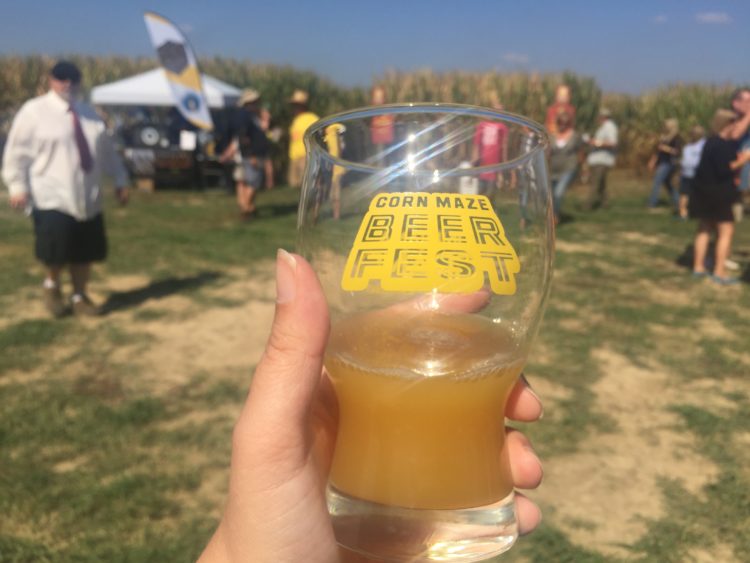 This is my favorite IPA from 450 North to date, which is saying a lot. What I love about their IPAs is they don’t overwhelm you with hops from the first sip; they’re beautifully balanced with hints of citrus but still have the bitter finish and complexity so many hopheads look for. Trust me, I love really dank IPAs, but I don’t love when they leave my tastebuds feeling shot. Fresh Froot was described on the beer board as a milkshake IPA, which I haven’t seen much of in the Midwest. Here’s how the style is made, according to Punch:

It’s not just some clever name. These are hoppy beers, usually IPAs, with lactose sugar added to them in order to help produce a thick, milky, sweet and often fruity beer that, well, somewhat resembles a classic milkshake.

As you can see in the picture above, the result was a creamy-looking IPA that was absolutely delicious. Definitely my favorite brew of the day. I’m wishing I would have picked up some cans while at the festival, but I’m hoping they’ll be distributed in Bloomington soon!

The more sours I try, the more my love for them grows. Sassy Pants is a kettle soured farmhouse ale with a floral and fruity aroma. It won’t make your mouth go into a full on pucker, but I appreciate the hops that come through and the drinkability.

While I’m a big IPA lover, saisons are my second favorite style. Noble Order’s farmhouse ale is made with blackberries, but the fruit flavor is very subtle. It has beautiful color and I would have loved to have a full pint.

I was really excited to see Four Day Ray at this year’s corn maze beer fest because they were my favorite brewery at Bloomington Craft Beer Fest earlier this year. I decided to try a couple of new-to-me beers and this spicy pepper IPA was my favorite. I know spicy beers aren’t for everyone, but I love them when they’re done well. The heat didn’t overpower the flavor of this beer — instead it complemented the hops and notes of citrus. James and I are hoping to finally make a trip to this brewery before the end of the year. With IKEA opening in a couple of weeks, we can easily make a day of it!

TRIPLE DRY-HOPPED DOUBLE IPA. Need I say more? I think 450 North’s IPAs are their strongest style and this is another one that blew me away. It was made specially for corn maze beer fest, so I couldn’t resist a taste.

I’m also looking forward to cracking open Sundown, an imperial Oktoberfest every corn maze beer fest attendee got to take home in a crowler. It was a special touch that helps make this beer fest stand out from others, in addition to the unique location. While it may not be the biggest, it sure is a blast!