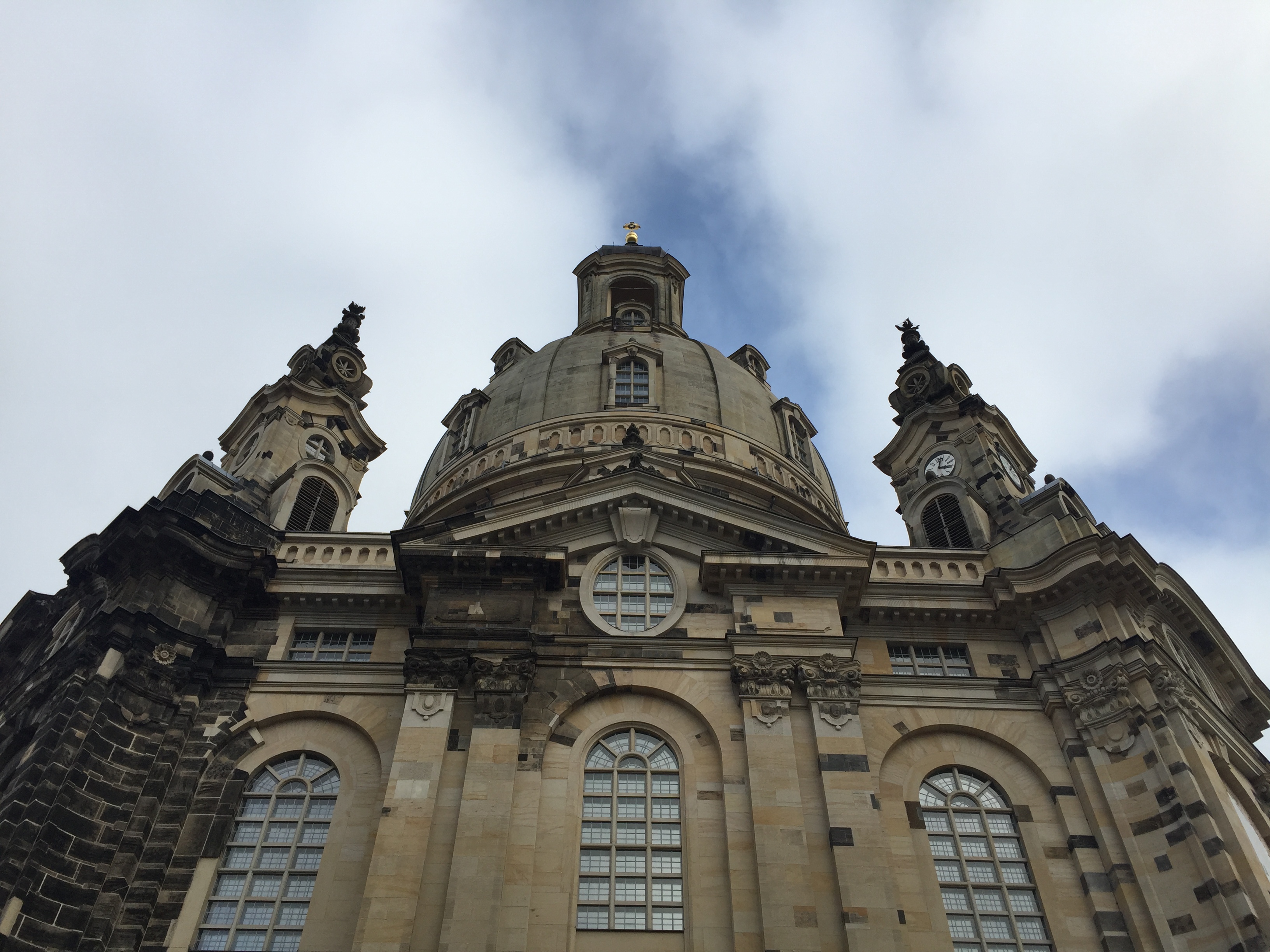 I cannot believe the RIAS exchange program is already nearing its end. Our week in Berlin flew by and we are spending our second week traveling between Dresden, Prague and Brussels.

We left Dresden this morning and I was sad to say goodbye to the beautiful city. Dresden reminded me a lot of some of my favorite places in Italy because of the beautiful Baroque architecture you’ll find near the old town square. But, many of the buildings standing today aren’t the originals. The history in Dresden is part of what makes it so fascinating.

In February of 1945 the U.K. and U.S. bombed Dresden, destroying much of the city. The move was controversial because the war was nearing its end and the area targeted was largely civilian. Historic buildings including the Zwinger, Dresden Palace and Frauenkirche were destroyed. 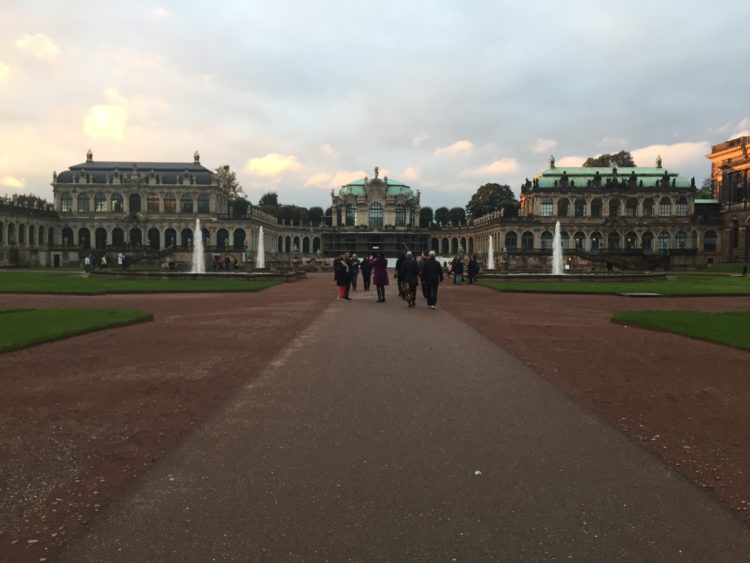 It took decades, but the buildings were reconstructed using any stones that could be salvaged from the damage, along with new materials. Many of the blackened sandstone seen on buildings throughout Dresden is the stone from the original buildings. The city decided to rebuild the structures to match their original designs. Some have only been completed in the last 15 years. Their beautiful facades, peppered with some of the materials that survived the bombings, serve as a powerful reminder of the brutality of war and the importance of history. 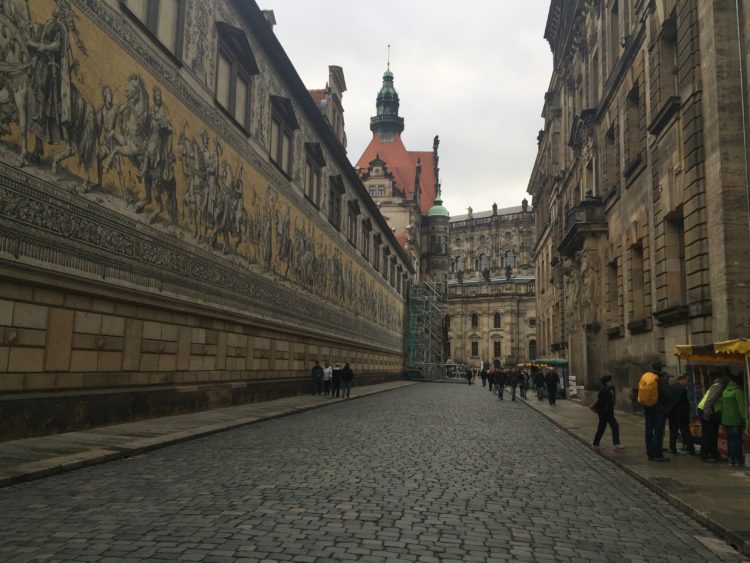 That combination of beauty and history makes Dresden one of the most amazing places I’ve visited. We took a walking tour of the city, which was a wonderful way to see some of the major landmarks and learn the stories behind each place. I’m already looking up books to check out when I get back to the states so I can learn more about Dresden. It’s a place that fascinates me. 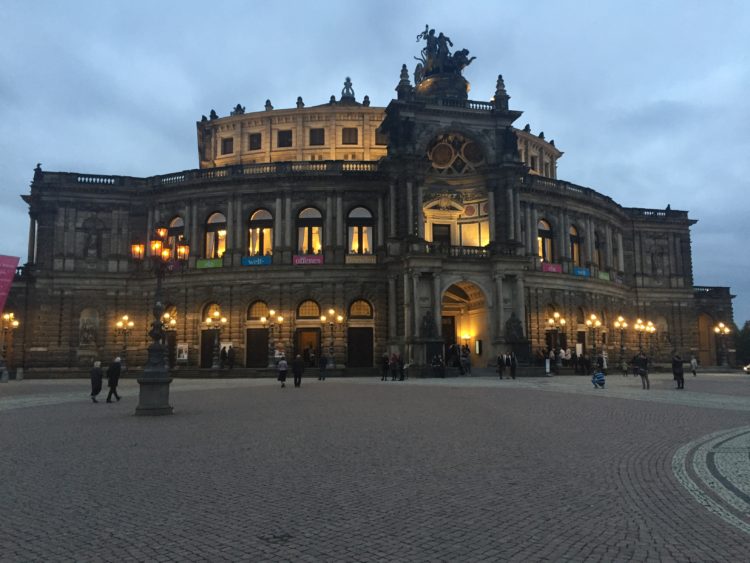 I’m dying to make a return visit with James since he’s never been to Dresden. I would love to spend a night at the opera, visit the Christmas Market and bike to Hamburg on the Elbe River cycling path. 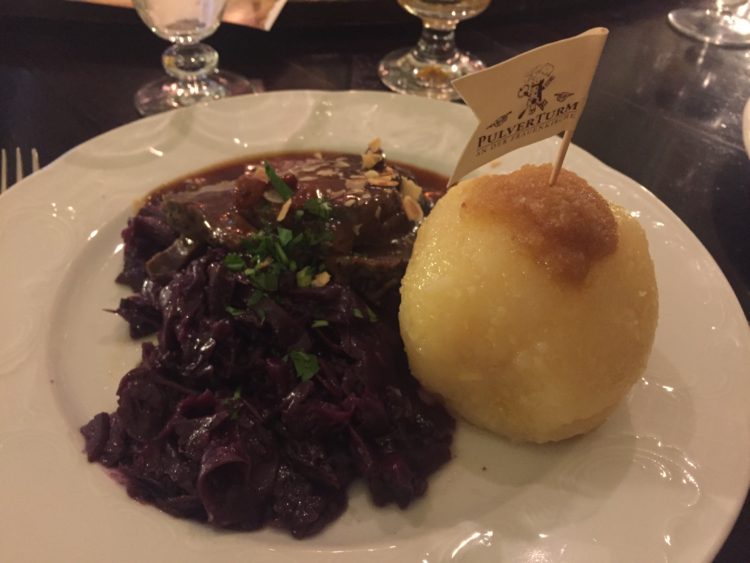 I also can’t wait too long to come back for a plate of Saxon Sauerbraten from the Pulverturm. This was something I was so nervous to try, but so glad I did. The tender beef, red cabbage and enormous potato dumpling made for one of the best meals I’ve ever had. I can’t wait to try recreating this at home!

We have a day of traveling ahead of us again tomorrow, so I’ll try to check in before the end of the week. Until then, prost!